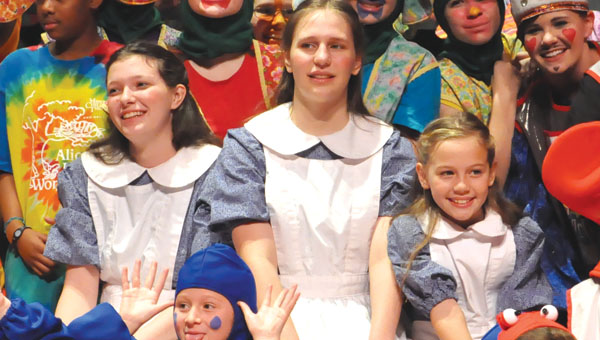 A nearly packed auditorium witnessed the theatrical performance of nearly 60 Brewton area children with Saturday’s presentation of “Alice in Wonderland” hosted by the Brewton Council of the Arts. Two directors with Missoula Children’s Theatre came to Brewton last weekend to begin preparations for the show.

The 2011 production of “Alice” marked the fourth year Missoula Children’s Theatre organizers have found the talent in area students to fill the roles for the performance.

A loss for the 21st Judicial Drug Task for is a gain for the City of Flomaton. Geoff McGraw was... read more