Battle in final round of voting 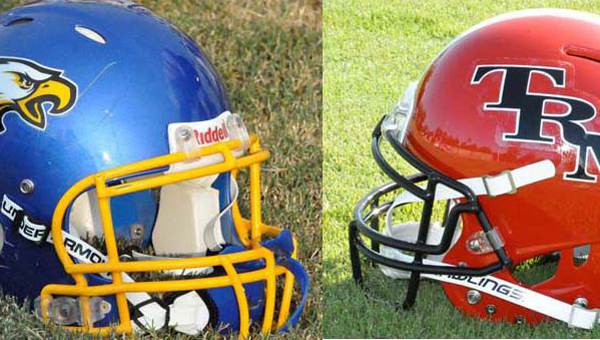 After claiming the best rivalry in the state of Alabama and in the South region, the Battle of Murder Creek rivalry between T.R. Miller and W.S. Neal is now in the final round of voting.
The regional contest began Thursday morning at 10 a.m. with the four regional winners advancing to the final round of competition.
Voting for the best national rivalry among the four regional winners will end at 11 a.m. EST on Wednesday, Dec. 19 and the nation’s best high school rivalry will be crowned.
The overall national champion rivalry will receive $10,000 to be divided equally between the athletic departments of the two schools. In addition, USA TODAY Sports will report live on that rivalry game in 2013, and will present the schools with a trophy that will be kept each year by the winning team.
An online contest sponsored by USA Today first sought out to find Alabama’s best rivalry.
In Alabama, the Battle of Murder Creek between Neal and Miller defeated the McGill-Toolen and Murphy rivalry in Mobile and Hoover-Vestavia Hills rivalry in Birmingham.
The vote then went to the regionals and the Battle of Murder Creek defeated 13 other rivalries in the south regional.
Now the rivalry heads to the Final Four nationwide vote.
The other three regional winners are Missouri’s Brookfield vs. Marceline (Midwest), Vermont’s St. Johnsbury Academy vs. Lyndon Institute (North) and Arizona’s Bisbee vs. Douglas (West).
In the regional vote, the North winners had a total of 309,915 votes while the East winner had 92,113 and the Midwest had 200,517 total votes.
The Battle of Murder Creek rivalry won the south regional with a close win over Kentucky. TRM and WSN won 36.637 percent to 33.514 percent with a total of 182,261 votes to 166,725.
In Alabama, the Battle of Murder Creek won with a total of 87.616 percent to the next closest percent of 10.632 and a total number of votes of 11,999 to 1,456.
Here is the direct link to vote in the national contest: http://contest.usatodayhss.com/vote/final
The Battle of Murder Creek is option “D”. Vote as many times as you want.
W.S. Neal defeated T.R. Miller 34-26 this past season for the first win since 2007.
The win clinched a playoff berth for the Eagles.
W.S. Neal finished the season 9-3 this year and lost in the second round of the state playoffs while T.R. Miller finished with a 10-2 record and also lost in the second round of the state playoffs.
The two schools have met a total of 70 times with 67 coming in the regular season and three in the playoffs.
T.R. Miller leads the series 49-21 overall with a 46-21 lead in the regular season and a 3-0 record against the Eagles in the playoffs.

TRM B-team and varsity get first wins of the…