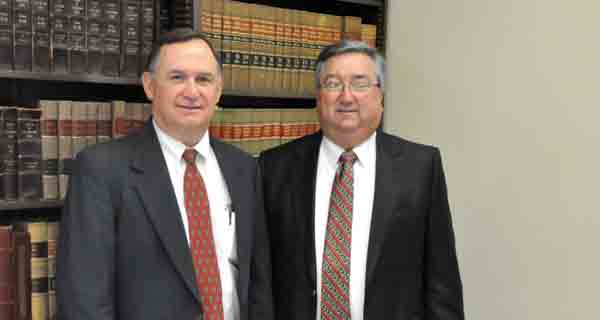 David Stokes, left, and Larry White to serve as chairman, vice-chairman for commission.

After Stokes and White were nominated by Chairman Raymond Wiggins, the nomination was put to a vote.

All commissioners voted to pass the nomination of Stokes and White while Commissioner Brandon Smith voted no.

Despite Smith’s no vote, the vote passed with a 4-1 margin. After the vote, the meeting was adjourned.

The Escambia County Commission, which usually meets on Monday mornings at the courthouse, recessed its Monday meeting until 11 a.m. Thursday to elect its chairman and vice chairman for the next year.

The election of the chairman and vice chairman was on the agenda of Monday’s meeting but did not take place due to Commissioner David Quarker being absent.

With Quarker’s absence, Commissioner Smith made the motion to table the issue to allow for more discussion when Quarker would be present.

Commissioner Larry White suggested recessing Monday’s meeting until Thursday at 11 a.m. making the election the only item on the agenda.

The five commissioners are elected from their respective districts in Escambia County.

Following their election, the commission then meets as a five-member board to elect their own Chairman.

Battle in final round of voting