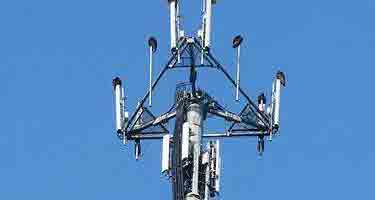 Cell phone users who travel along Alabama 41 through East Brewton may experience better phone service with a new cell site in the area.

AT&T officials said the new sell site will provide coverage areas near and around the new site is part of their continuing network investment to support growing demand for mobile devices and services throughout the area.

“It is also part of our ongoing investment to build the networks that will fuel economic growth and create jobs, and enable AT&T’s customers to quickly access the cell,” McCallum said. “This expansion is but one example of how AT&T is broadening the reach of our customers, in order to stay in touch with the world around them. More than ever before, customers look to wireless communications to stay in touch with family, friends and business colleagues, and this development in East Brewton provides new and more convenient opportunities to do so.”

Alabama State Representative Alana Baker said the upgrades made by AT&T is a welcome investment in the area.

“We are pleased that AT&T continues to make investments of broadband and wireless in rural Alabama,” Baker said. “The legislature puts great effort into encouraging private companies to invest in our communications infrastructure, and this expansion in East Brewton will certainly help move our region forward with the latest communication technology.”

With a capital expenditure of $20.1 billion, AT&T was named the top “investment hero” in the Progressive Policy Institute (PPI) report for its investment in America, which is driving job growth. This report highlights the top 25 American companies that spent the most money in 2011 investing domestically on things like new plants, new technology, and new equipment.

AT&T’s mobile Internet network is based on the Global System for Mobile (GSM) standard, the most open and widely used wireless network platforms in the world. AT&T offers data roaming in 200 countries, as well as voice calling in more than 225 countries.