Locklin tapped for induction into Alabama Music Hall of Fame 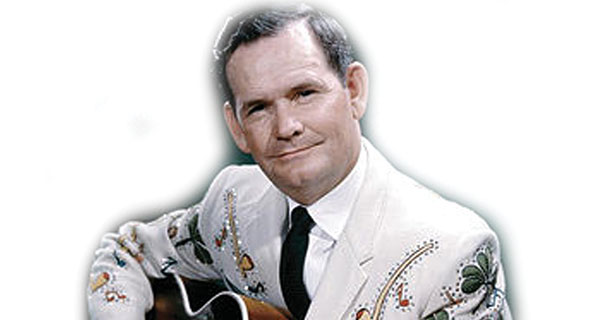 A country and gospel music legend died in 2009, but his memory and his legacy will live on at the Alabama Music Hall of Fame.
Hank Locklin, who was a long time resident of Brewton, will be inducted into the Hall of Fame next year after officials there announced his induction approval earlier this year.
Locklin’s son, Adam, said the announcement from the Hall of Fame officials is one that has excited the whole family.
“We are very proud about this,” Adam. “We are excited that the electors saw fit to give him this honor. This would really tickle my dad to know that he has been recognized by the nominating committee and the board of directors.”
The recognition of Locklin as an inductee will be held in September 2013 at a ceremony in Birmingham, at the home of the Hall of Fame. No specific date for the event has been set, according to HOF officials.
Locklin’s wife, Anita, said that she is very proud of the recognition.
“I think Hank would be very pleased about this,” Anita said. “I just wish he was here to enjoy it.”
Locklin, who died in 2009, soared to stardom with the mega country/pop hit “Please Help Me I’m Falling” and wrote the country classic “Send Me The Pillow You Dream On.” With that hit the singer became a member of the Opry, an honor he maintained for the rest of his life.
Locklin’s other big hits included “Geisha Girl”, “Let Me Be The One”, “Country Hall of Fame” and “Danny Boy.” For nearly two decades Locklin recorded for RCA Records (1955-1974). Locklin helped usher in the famous 1950s-60s Nashville Sound, which also featured the likes of fellow performers  Jim Reeves, Patsy Cline and The Browns.
Many hits followed throughout the ’60s, including “We’re Gonna Go Fishin’,” “Happy Birthday To Me,” “Happy Journey,” “Followed Closely by My Teardrops,” “The Country Hall of Fame,” “Danny Boy” and “Where The Blue Of The Night, Meets The Gold Of The Day.”  During this time, Hank pioneered the creation of concept albums in country music with releases such as Foreign Love and Irish Songs, Country Style. Hank is also credited with taking country music to unprecedented heights of popularity with International audiences throughout the 50’s, 60’s and 70’s.  In all, Hank has sold more than 15 million albums and received numerous industry awards from The Grand Ole Opry, BMI, ASCAP, Cashbox, Billboard and NARAS.
A favorite with Opry audiences for many years, Locklin returned to the studio in 2001 to record an album featuring long-time colleagues such as Dolly Parton, Jeannie Seely, newer friends and admirers Vince Gill  and Jett Williams.
His legacy grew overseas helping to spread country music popularity to Japan, Germany and especially to Ireland, where fans took to his clear, crisp tenor voice and claimed Locklin as an adopted son.
Just one year prior to his death, Locklin released his 65th album — mostly gospel music — which featured many of the friends he had made in the music industry throughout the years including The Oak Ridge Boys, The Jordanaires, Gold City and Jeff and Sheri Easter
Locklin and his wife, Anita Crooks Locklin, were married in 1970 and they had a son, Adam, who is also in the music industry. There were also four daughters from a previous marriage.
Locklin learned to play the guitar while recovering from injuries he received from being hit by a school bus at the age of 9.
He appeared at the Grand Old Opry many times between 1960 and 2007, and was a member of the Opry for almost 50 years. In fact, he was, at the time of his death, the oldest member of the Grand Old Opry.
Locklin was memorialized with funeral services in Brewton follwing his March 8, 2009 death. Services were held at First Baptist Church in Brewton where hundreds of friends, family and fans came to pay their respects.
Locklin’s wife, Anita, remains a member of the Brewton community.

BPD to step up holiday patrols