Coastal Gateway location up for sale 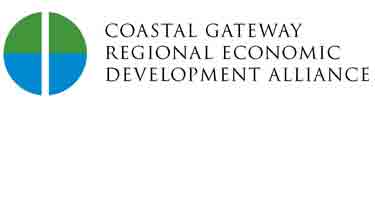 With its 50-acre tract of land for sale, Coast Gateway Economic Development Alliance may soon be looking for a new home.

CGEDA Director Jim Searcy said Wednesday the “for sale” sign at the organization’s home office just off Interstate 65 in rural Conecuh County is only evidence of the growth and change for the alliance.

“When we obtained the property here, the site was to become a large industrial park,” Searcy said. “We have 50 acres with an option on hundreds of acres around it. But, the cost of developing an industrial park became prohibitive. Since we are no longer an authority but more of a marketing entity, our original plan to develop the industrial park is no longer a priority. Frankly, that’s not what we do as an alliance.”

Coastal Gateway began in 2005 as a partnership among Escambia, Conecuh and Monroe counties. It was established as an authority. Goals included establishing the industrial park but also marketing all three counties and their industrial parks and industrial efforts.

A campaign raised money from businesses, private individuals and county and municipal governments to establish the group and fund its activities.

Eventually the authority added two counties and later changed the focus of its efforts to marketing, becoming a private alliance, not a public authority, although funding still comes from private businesses and from area governments.

Searcy said the current office location has become less centralized for the service area of the alliance.

“When the alliance began, the location was the geographic center between the counties we’ve served,” Searcy said. “But, since we’ve added Choctaw and Clarke counties, this location is no longer the geographical center. Our plan now is liquidate this property and begin a search for other locations for our office.”

Searcy said the change of location at some point in the future is the only thing that is seen as a change on the horizon for CGEDA.

“We’re still here and we’re still out there scrapping for our area,” Searcy said. “Until this property is sold and we find another location, we will be right here working for the area we serve.”