The sergeant’s convoy came under enemy fire near Ap Nhi in Vietnam.

Seay, according to records from the U.S. Army, was driving a truck for the 62nd Transportation Company, on a resupply mission, on Aug. 25.

The convoy was ambushed, struck by rocket and automatic weapon fire. Seay stopped and opened fire, killing two of the enemy, then killed a sniper in a tree. 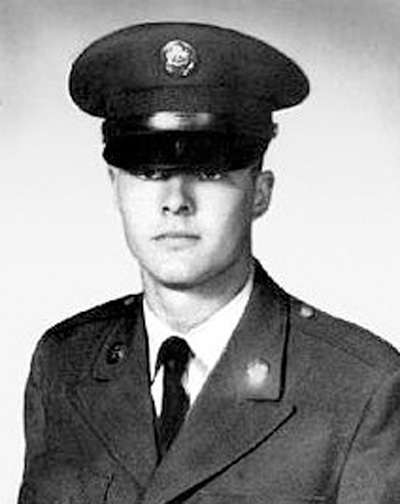 When a grenade landed under an ammunition trailer near him, Seay picked it up and threw it back toward the enemy — killing four of the Vietnamese and saving the lives of many of his men.

Then it happened again: Another grenade landed close to Seay, he picked it up without regard for his own life, and threw it back to the enemy.

Returning to his position, Seay was hit in the right wrist, but he kept going, directing his fellow soldiers. He even kept shooting with his left hand, killing three enemy soldiers who had penetrated the position of his men and were about to shoot.

Seay was mortally wounded in that battle, but not before he had saved the lives of so many of his men, acting, the Army said, with “conspicuous gallantry and intrepidity in action at the risk of his life above and beyond the call of duty.”

“Sgt. Seay, by his gallantry in action at the cost of his life, has reflected great credit upon himself, his unit, and the U.S. Army,” reads the citation for Seay’s Congressional Medal of Honor — the country’s highest award for valor in combat.

William Seay was just 19. He was born in Brewton, raised in Pensacola and graduated from Escambia County High School there, but he was buried here in Brewton, laid to rest at Weaver Cemetery. In 2009, an auditorium at Scott Air Force Base in Illinois was named after him — after the Navy christened a ship after him and others named parade fields, tugboats, barracks, a training center and even a shopping mall after the American hero, according to a story from the U.S. Air Force.

But one of the readers of our Facebook page, Glen Hendricks, notes that while William Seay’s name is on the Veterans Memorial at the Escambia County Courthouse, there are no roads or buildings named after Seay in our community, the city in which he was born and buried.

Kerry Whipple Bean is publisher of The Brewton Standard. She can be reached at kerry.bean@brewtonstandard.com.