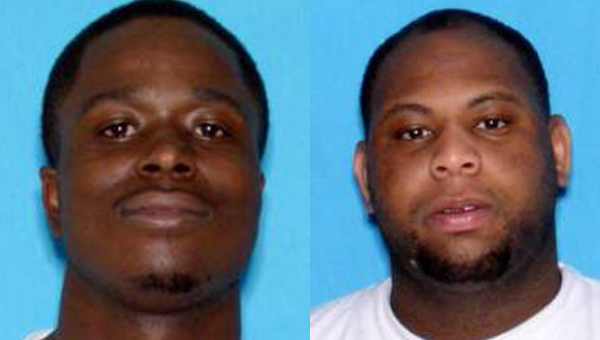 With the help of the public, Flomaton police have identified two suspects in a gas station theft.

One suspect turned himself in, but the second is still at large, Police Chief Bryan Davis said.

On Nov. 6, Flomaton Police investigated a vehicle burglary at a Flomaton gas station.

“After reviewing the surveillance video from the gas station, two suspects were identified as being involved,” Davis said.

Clarence Kemp Jr., 25, and Montrelle William Fisher, 25, both of Atmore, were identified as the suspects, Davis said.

“Officers were able to interview both subjects and later obtain felony warrants for their arrest,” he said. “Both are charged with burglary of a vehicle, theft of property second, and fraudulent use of a credit card.”

Fisher turn himself in to the Escambia County Jail, but as of today

Kemp has not been arrested.

If anyone has information on the location of Clarence Kemp Jr., please contact your local law enforcement agency, Davis said.