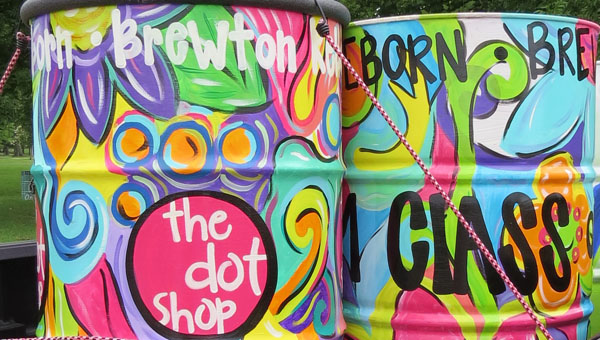 A project to curb littering and boost public art in the city was named as a top project in the state in the Alabama League of Municipalities Quality of Life Awards, according to Mayor Yank Lovelace.
Lovelace said Brewton Reborn’s Barrel Project received an honorable mention in the 2014 awards for a city with population of 5,000 to 12,000 and will be featured in an upcoming issue of The Alabama Municipal Journal as well as on the league’s website at www.alalm.org.
“It has been exciting to see our city rising to challenges again and again, and to see positive change,” Lovelace said. “People across the state are hearing about us, and it’s good news.”
You Might Like

In their first meeting of the season Friday and first area games of the season, the T.R. Miller and W.S.... read more