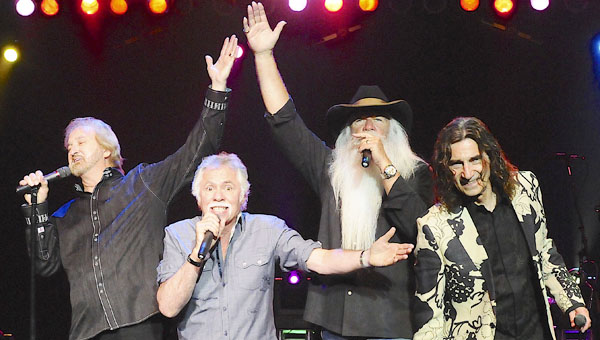 The band inked a deal with Cleopatra Records for the album, which will be titled “Boys Night Out” and released on April 15.

The Oak Ridge Boys’ legacy stretches across six decades, encompassing more than 41 million albums sold and hits such as “Elvira,” “American Made,” and “Y’all Come Back Saloon.”

Oak Ridge Boys fans have been asking for a live album of hits for several years now, but as the band explained, “For some reason or another, the time never seemed right.” Then, in early 2013, lead vocalist and producer Duane Allen said he saw the stars align as the band was able to get its hands on some top quality remote recording equipment, and promptly began capturing performances of their current show dubbed “Boys Night Out.”

The album will include: