‘A big part of the community’ 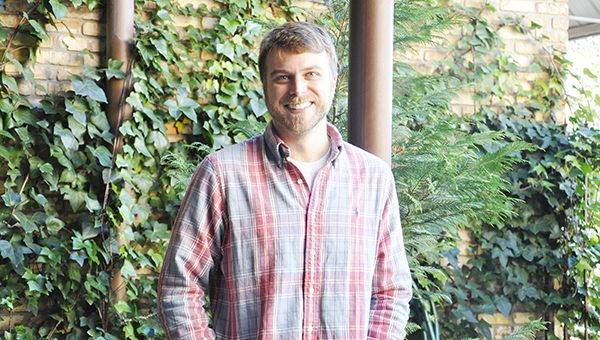 Lydia Grimes | The Brewton Standard
Clay Lisenby may be one of Brewton’s newest businessmen, but he is fast becoming a big part of his community.

Lisenby is a businessman; set to lead as new Chamber president

Clay Lisenby may be one of Brewton’s newest businessmen, but he is fast becoming a big part of his community.

“I grew up here, have a business here and love Brewton,” Lisenby said. “I want to do all I can to be a part of the community.”

He took over the presidency of the chamber in November and said he is looking forward to the next two years.

“We have so many resources here in Brewton,” he said. “We have people who are interested in Brewton and want to make it as good as it can be. We have several annual events that are doing really well for us and hope to make it even better.”

Right now the Chamber of Commerce is looking forward to the next annual banquet. Lisenby said the speaker should be very entertaining.

“I wanted to find someone who would not only entertain, but also do it from a business point of view. We have a motivational comedian, Charles Marshall, that I think everyone will really enjoy.”

Lisenby said people in Brewton are so willing to work on Chamber events.

“We could not manage without the attitude of those who live in our area.”

When he is not working on his community projects, Lisenby maintains The L House, the home of his photography and printing studio.

“My mom helps out a few days a week, and my dad makes special frames for my custom framing,” he said. “I do a lot of work outside the studio, so it helps with my mom there.

Recently, Lisenby partnered with another local business to showcase his work.

“I got to work with NDI on a photography job in several local homes and at the Grand Hotel in Baldwin County,” he said. “The flowers from NDI were featured and the results will be on their website. It was different. Those flowers sit so still and they never complain or move when I want them to be still.”

Lisenby was born and raised in the Brewton area. He attended the Flomaton schools through his junior year when he transferred to T.R. Miller where he graduated in 2003. He then graduated from the University of Alabama in 2008. His plans were to become a dentist, but he changed his mind sometime between his junior and senior years at Alabama. He saw an ad for someone to work in a photography studio as an intern.

“I didn’t get paid, but I did find that I enjoyed the work so I changed my major,” Lisenby said. “I had always been interested in photography, but never considered it as a career.

“When I came back home to Brewton, I worked with Celina Miller for a while and then went into business with Huskey Printing,” he said. “I later bought the printing business out and decided to go at it alone.

“I don’t have much free time, but when I do, I like to be with horses,” he added. “We have several at our farm. We were going to raise them to sell, but we still have them. I spend what time I can with them and they have turned up in several of my photographs.”