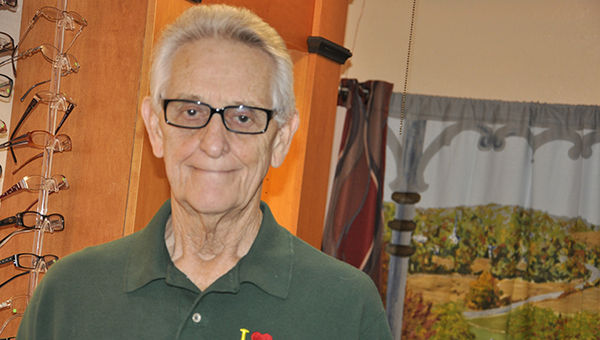 It’s often said that “you can’t go home again,” but maybe you don’t know Fred Billy and his wife, Gayle.

After leaving the Brewton area in 1974, the couple has returned and, while there are many things that have changed, some never do.

They have been married 54 years and have chosen to return to the home of their youth. But they are not here to sit and twiddle their thumbs. Both are settling in to new jobs in East Brewton, where Gayle has opened Gayle’s Vision Center and Fred is the new pastor at New Life Family Church.

“Gayle has been with me for 54 years, and I would be nowhere without her,” Billy said. “She has stood by my side through the years and we make a good team.”

Gayle Billy is a board certified licensed optician, while Fred has been a church pastor for almost 40 years. They have traveled to several parts of the country and even been on mission trips to other parts of the world.

The opportunity to come back to Brewton came when Fred got a call from Charles Clayton telling him that the church in East Brewton needed someone to bring it back to life.

“We are glad to be back in the Brewton-East Brewton area,” Billy said. “I had been in church all my life but if wasn’t until 1973 that I was saved and God led me to go to Southwestern Theological Seminary in Texas.”

After graduating form seminary, Billy and his family packed up and moved to Madison, Ohio, near Cleveland. There the church flourished and the Billys stayed for the next six years. After serving there he came back south to Tarpon Springs, Fla. near St. Petersburg for another six years.

“I felt that God wanted me to do something else,” he said. “We began to go on mission trips and I got out of the pastorate.”

Billy did not retire from spreading the Gospel. He and Gayle continued with mission trips for several years. They lived in Crestview, Fla., and in Fort Walton, Fla., until he received the call from Clayton bringing them back full circle back to East Brewton.

He was born in Bay Minette and moved to East Brewton when he was three years old. His father, Joe Billy, hauled stumps for Newport Industry in Pensacola. Billy graduated from W.S. Neal High School in 1960 and married Gayle in 1961.

“I had lots of jobs when I was growing up,” he said. “I was the traffic cop in East Brewton making $7 a week. I worked at Cassidy’s Grocery Store for a while before going to work with Dairy Fresh delivering dairy products around town.”

It was while he was at Dairy Fresh that he got his calling into the ministry. Since that time, he and his family have followed God’s calling. Billy has written one book, “ Where the Wind Blows,” and has another in the works, “Bragging on God.”

“My main concern right now is helping Gayle get her business going and my work in the church,” he said. “We have some work to do but I believe that we can do good works at New Life Family Center and build our congregation.”

‘A big part of the community’

Lydia Grimes | The Brewton StandardClay Lisenby may be one of Brewton’s newest businessmen, but he is fast becoming a... read more