Horace Winston Hobbs, 84, died peacefully at home surrounded by his family in Lillian.

Visitation is scheduled for today, July 6, at 9:30 a.m. with the funeral to follow at 10:30 a.m. at Lillian United Methodist Church. 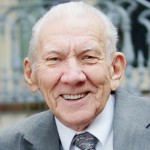 He is preceded in death by his father, Boniford K. Hobbs; and mother, Katie Lee Hobbs.

He married Pat on July 21, 1956. He worked as an electrician at Pensacola Naval Air Station for 12 years, and then three years at Allied Paper Co. in Jackson. He then worked 29 years as an industrial electrician at Jefferson Smurfit in Brewton, before retiring and moving to Baldwin County.

He loved the outdoors and enjoyed fishing, camping and traveling. He was skilled at woodworking and loved making things with his hands.

He was an active and dedicated member of the Lillian United Methodist Church, and previously was ordained a deacon of the Baptist faith. He was also an active member of the Perdido Bay Optimist Club. His biggest pleasure was taking care of his family, which he tirelessly did throughout his life.

Visitation will be held at Craver’s Funeral Home today, July 6, from at 11 a.m. until service time at noon with the Rev. Thomas Quick officiating.

He was born July 3, 1938, in Brewton. He joined the Army in July 1955 and served in Korea following the war. After marrying Nora Chase in California, they returned to East Brewton, where he spent the remainder of his life. He and Nora had three children, Ellen Coxwell Ryan, Robert A. Coxwell and Catherine E. Coxwell.

He enjoyed gardening and camping, but most of all he enjoyed fishing and visiting with friends. He gave away much of what he grew and caught, and enjoyed making gumbo and other meals to share with friends.

He was preceded in death by his wife, Nora; mother, Mary S Coxwell; and his brother, Douglas Watson.