A memorial service will be held at 2 p.m. on Sat., July 30, at the First Baptist Church in Brewton. 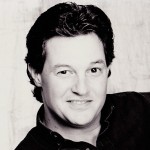 He was born and raised in Brewton, where he attended T. R. Miller High School and Jefferson Davis Junior College. Upon acquiring his CDT certification at Atlanta College of Medical & Dental Careers, he established the business of Dental Arts of Dothan in Dothan, where he resided for 25 years. Every day with him was an adventure.

He enjoyed spending his time camping, fishing, biking, and being in the mountains. His character trait of hard work was showcased in his DIY projects and woodworking. He was also known for his own special brand of humor and always filled the room with cheer and laughter.

He resiliently fought through three years of cancer before leaving to be with his heavenly father.

The family has requested donations be made to the American Cancer Society in lieu of flowers.

Julie Marsh was born in Birmingham on April 4, 1973, to Mary-Lillian and Mitchell Neese.  She passed away in the Brewton hospital after a brief illness on Wed., July 13, 2016.

Graveside services were held at Union Cemetery on Sat., July 16, at 11 a.m. with the Rev. John Finklea officiating and Craver’s Funeral Home directing.

She and her parents moved to her parents’ hometown of Brewton in 1974.  She graduated from T.R. Miller High School in 1991 and then attended Jefferson Davis Community College on an art scholarship.  After that she spent several years in Troy.

She returned to Brewton in 2001 and worked several different jobs until health problems became too much for her.  From the age of four, she began having problems with her health, which continued throughout her lifetime.  However, she remained strong in spirit and rarely complained. She was an inspiration to others and friend to many. Her favorite Bible passage is I Corinthians Chapter 13.

If you were a friend to her, she would do anything for you. She will be tremendously missed by her family, friend, cousins, aunts and uncles.  For anyone fortunate enough to know and be loved by Julie, she was a blessing in your life.

Share your memories and condolences with the family at craversfh.

Funeral services were held on Fri., July 15, at 11 a.m. from the chapel of Craver’s Funeral Home with the Rev. Phillip Pettis officiating. Interment followed in Hanberry Cemetery.

She was a native and life-long resident of Brewton. She worked as an accounts payable clerk for the Escambia County Commission for 22 years.  She was a member of Hanberry Holiness Church, and the Eastern Star, Norris Lodge.

She was preceded in death by her father, Autrey Hammac, and her brother, Joseph Earl Hammac.

Funeral services were held on Thurs., July 14, at 2 p.m. from the chapel of Craver’s Funeral Home with the Rev. Willie Oglesbee and the Rev. James LaBelle officiating.  Interment with military honors, followed in Ramah Cemetery.

He was a native of Frisco City and was a lifetime resident of the Springhill and Lenox communities.  He was a U.S. Air Force veteran and worked as a paper maker at Container Corp. of America. He was a member of American Legion post 61 in Monroeville and London Baptist Church.

He was preceded in death by his parents, Sam Davis and Luverne Manning Davis and a granddaughter, Samantha Luverne Newton.

He is survived by his wife, Dorothy Elizabeth Davis of Lenox; one son, Jimmy Davis of Houston, Texas; one daughter, Jennifer D. (Lee) Newton of Rabun; grandchildren, Dean Dungan and Nikki Davis, both of Greenville, Johnathan Davis of Houston, and Donald Newton and Kimberly Newton, both of Rabun; one brother, Gerald “Tiny” (Bobbie) Davis of Lenox; and two sisters, Betty Sue Hiers of Lenox, and Judy “Bob” Courter of Monroeville.

Funeral services were held on Mon., July 18, at 3 p.m. from the chapel of Craver’s Funeral Home with the Rev. Jim Blair officiating. Interment followed in Weaver Cemetery.

She was a native and life long resident of Brewton.  She had been employed by Shaw Industries as a heat set operator for a number of years.  She was of the Pentecostal Holiness faith.

She was preceded in death by a son, Dawayne Lisenby; and a brother, Earl Allen.

Funeral services were held on Mon., July 18, at 11 a.m. from the chapel of Craver’s Funeral Home with the Rev. Fred White Officiating.  Interment followed in Cooper Cemetery.

She was a life long resident of the Brewton area.  She was a homemaker and was a member of Pilgrim’s Chapel Holiness Church.

Kayellen Dobson, 66, of Mary Marshall Street in Jay, passed away Tues., July 12, 2016, in a Pensacola, Fla., hospice facility after a extended illness.

She was a native of El Paso, Texas, and a long time resident of Jay. She was a member of the Flomaton Church of Christ, and a retired elementary school teacher from Jay Public School System with 26 years of service where she was named teacher of the year for Santa Rosa County in 1996.

Fred “Jr.” Treece, 74, of Douglas Avenue in Brewton, Alabama passed away Wed., July 13, 2016, in a local nursing facility after a brief illness.

He was a native and long time resident of Jay before moving to Brewton.

He was of the Baptist faith. He attended Jay School System, and was an appliance repairman. He enjoyed hunting, fishing and watching the Andy Griffith Show.

Doris Ann Trust, 82, of Travis Road in Brewton went to the loving arms of the Lord Thurs., July 7, 2016, in a local hospital after a brief illness.

Memorial services will be held at a later date and time and will be announced later by Williams Memorial Chapel Funeral Home.

She was a native of Schenectady, N.Y., and a former resident of Texas, before moving to Brewton four years ago. She was a retired nursing assistant. She was a generous person. She loved life and lived it to the fullest. This fun loving woman is going to be dearly missed.

She was preceded in death by her son, Leonard Ripley.

He was a native of Damascus, and a life long resident of Brewton. He was of the Baptist faith and retired from the box factory at T.R. Miller Mill Company with more than 40 years of service.

He was a native and life long resident of Flomaton. He was a member of the Abundant Life Assembly of God Church, a 1959 graduate of Flomaton High School, and was a retired pulp mill tech from Container Corporation of America with 39 years of service. He enjoyed deer hunting and fishing.

Richard Dean Tracy, Sr., 85, of Brewton, passed away July 11, 2016, at D.W. McMillan Hospital where he had been a patient for three weeks.  He suffered with Parkinson’s for a number of years.

It was his wish to be cremated.  His remains will be taken home to Janesville, Ill., at a later date.

He was born October 16, 1930, in County Line, Okla.  His parents, WM A Tracy and Ola Ione Davis Tracy moved to Altamont, Ill., in 1938 where his dad was employed with Carter Oil Company.  He was a 1948 graduate of Beecher City High School in Beecher City, Ill.  He went to work for Norge in Effingham, Ill., after graduation.  He enlisted in the U.S. Air Force in January of 1949, and served three years and eight months.

He married the former Mary Jeannette Tribble of Bruceton, Tenn., in 1949 and they divorced in September of 1959.  To this union were born three sons.

He met the former Charlotte Taylor of Janesville in September of 1959. They were married June 1, 1960. Taylor who was 19 at the time, helped raise his three sons who were three, seven and ten. They called her mom.

He joined the Presbyterian Church and was baptized while living and working in Shelbyville, Ind.  In Mattoon, Ill., he joined the Moose Lodge, bowled on a bowling team and enjoyed skeet shooting.  In Brewton he played on a bowling team and played on the “Over the Hill Gang” baseball team.  He was also a member of the Country Club of Brewton where he played golf for a number of years.

He also ate breakfast for a number of years at McDonald’s where he made many friends.  To the man who gave him homegrown tomatoes, we thank you.

He is preceded in death by his parents, two brothers and best friend Tom Pullen of Brewton.

God says, “Do not fear your death for when that moment arrives, I will draw my breath and your soul will come to me like a needle to a magnet”.

Ernie Wayne Alford, 71, of the Damascus Community in Brewton, passed away Mon, July 18, 2016, at his residence after a brief illness.

Graveside services are scheduled for today, July 20, at 5 p.m. at Damascus Cemetery in the Damascus Community in Brewton with special prayer given by John Hodoh officiating.

He was a native and life long resident of Escambia County. He was retired from Container Corporation of America with more than 30 years of service. He was an avid fisherman and Alabama fan.

He was preceded in death by parents, Harris and Pauline Alford; and sisters, Margaret Wiggins and Myrtle Zappa.

Arrest reports from July 9 through July 15