A private memorial will be held at a future date.

She was a resident of Castleberry, prior to relocating to Ohio. 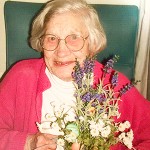 She was proud to have served as a librarian at the Evergreen-Conecuh County Public Library for many years.

She was preceded in death by her husband, E.J. Johnson; and by her daughter and son-in-law, Faye and Don Schierloh.

She is survived by her dearly loved grandson, Lee (Molly) Schierloh; and by their daughters, Katie and Emily Schierloh.

Condolences may be sent to tobiasfuneralhome.com.

He was a native of Pensacola, Fla., a long time resident of Flomaton, and a former resident of McPherson, Kan., before moving to Brewton.

He was a member of the East Brewton First Assembly of God Church. He attended Flomaton High School and was a former heavy equipment operator in the construction industry. He was an avid hunter and fisherman.

He is survived by his wife, Tammy Mayers Godwin of Brewton; a son, Randy (Chelsa) Godwin of Summerdale, two daughters, Christy (Dooley) Gibson of Elsanor, and Jennifer (Kenny) White of Robertsdale; one brother, Bennie (Lucy) Godwin of Millbrook; a sister, Debbie (Marty) Edwards of Cantonment, Fla.; 11 grandchildren and two great-grandchildren

Funeral services were held at 11 a.m. on Sat., July 30, at Oak Dale Assembly of God with the Rev. Benjamin Young and the Rev. Jason Lindsey officiating and Craver’s Funeral Home directing.

He was a native and life long resident of the Repton area.  He was a member of the Repton High School Class of 1959, and worked as a paper machine operator at Container Corp

He enjoyed fishing and was a fan of the Alabama Crimson Tide.  He was a member of Oak Dale Assembly of God.

Ending with a swish