He was born July 7, 1952. He was a native of Gadsden, and attended the University of Alabama on a baseball scholarship, graduating in 1974. 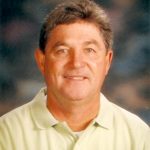 During his college years he was a member of the A-Club and played center field, leading off for the Crimson Tide.

He moved to Brewton in 1981 and started his coaching career at Escambia County High School in Atmore. He then moved to Flomaton High School where he coached football and served as head baseball coach, leading the Hurricanes to win numerous area titles and the 1988 State Championship.

During his 33 years of teaching and coaching, he made a significant impact in the lives of many young athletes and students.

He was preceded in death by his father, Hoyt Davidson of Gadsden.

A memorial service was held on Sun., Sept. 3, at Catawba Springs Baptist Church, in Brewton with Pastor Jeff Edwards officiating.

She was born in Escambia County and had been a resident of Castleberry prior to returning to Brewton 25 years ago.  She was a homemaker and attended Edendale Holiness Church.

She was preceded in death by her parents, Eli and Mamie Cain; her first husband, Willie Coleman; a son, Robert Coleman; and a granddaughter, Jennifer Blair. 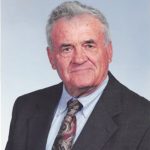 He was a veteran of the United States Army and was a switchman-breakman with the railroad.

He was preceded in death by his wife, Bernice West; parents, Mammie and Jack West; sisters, Inetta Blair and Clara Murph; son, Bobby Ellis; and grandsons, Ronnie and Neal Brown.

Barbara Ann Perry Wilson, 70, of Gillis Street in East Brewton, passed away Sun., Sept. 11, 2016, in a local hospital after a brief illness.

Visitation will be held Fri., Sept. 16, from 1 p.m. until 2 p.m. at Williams Memorial Chapel Funeral Home in Brewton.

She was a Christian woman who used God and religion as her guide of life. She loved her children and grandchildren.

She was preceded in death by her granddaughter, Amy Richards.

Visitation will be held on today, Sept. 14, at Flomaton Funeral Home Chapel from 6 to 8 p.m.

Funeral services will be held on Thurs., Sept. 15, at Flomaton Pentecostal Holiness Church at 11 a.m. with the Rev. Leon Stewart and the Rev. Al Bethea officiating.

Honorary pallbearers will be Sammy White and Gerry Thompson.

She was born on May 7, 1926 to the late Henry F. Simpson and Myrtle White Simpson.  She was a native of Flomaton.  After graduating from Century High School, she began working for Bell Telephone Company.  She also worked in the office of Alger Sullivan where she met Gene Maness, Jr., and they were married on Sept. 3, 1948.

They were both members of the Flomaton Pentecostal Holiness Church, where they were faithful to the church. Many times she would host visiting missionaries and evangelists in her home. She was an exceptional cook and enjoyed getting together with family and friends in her home.

She was preceded in death by her parents; her husband of 66 years, Eugene Maness, Jr.; and two sisters, Jackie Aydelott of Flomaton, and Betty F. Miller of Mobile.