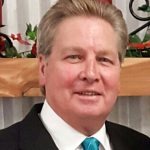 Funeral services were held Thurs., Sept. 1, 2016, in the chapel of Jay Funeral Home, beginning at 2 p.m. with the Rev. Alton Nixon officiating.

He was born Feb. 8, 1951. In his spare time, he enjoyed playing golf, watching sports on the television, bowling and spending time with his family.

He is preceded in death by his father, Clifford Cleo Terry; and brother, Dennis Terry.

Arrangements and services were under the direction of Jay Funeral Home.

She was a native of Forrester, Ark., raised in Glenwood, Ark., and a long time resident of Brewton. She was a homemaker and of the Baptist faith.

She was preceded in death by her husband, William Luther Barnes; a son, Maxwell Barnes; two brothers, Jimmy Sorrells and Warren Sorrells; and a number of sisters.

He was a native of Elba, and a life long resident of Brewton. He was of the Methodist faith, a 1949 graduate of W.S. Neal High School and a U.S. Army veteran. He was the manager at White’s Auto Sales for more than 20 years and was a farmer.

He was preceded in death by his wife, Bobbie Davis; a brother, Jube Davis and three sisters, Mildred Newson, Olene Davis and Cupidene Franklin.

He was a native of Montevallo and grew up in Leeds. He was a long time resident of Brewton. He was a member of the East Brewton Community of Christ Church. He attended Leeds High School and W.S. Neal High School and served in the U.S. Navy.

He enjoyed gardening, and was retired from the maintenance department from D.W. McMillan Hospital.

James Edward Lloyd, 83, of Brewton, passed away on Sat., Sept. 24, 2016, at Century Health and  Rehabilitation Center in Century, Fla.

His family will be receiving visitors on Fri., Sept. 30, at Craver’s Funeral Home Chapel from 6 until 7 p.m.

Interment will be at a later date.

He was born in Butler County, and had been a member of the Brewton community since December of 1972 coming from Fort Deposit.

He had been employed with L&N and later CSX Railroad for a combination of 35 years as a track repairman. He was a member of the Logan Hunting Club and of the Baptist faith.

Share your memories and condolences with the family at craverfh.com.

No formal services will be held for Miss Freeman.

She was born in Rockledge, Fla., and had been a resident of Jay since March 2016 coming from Panama City, Fla.

She was an extremely talented artist with sketching and painting. She enjoyed working with clay and was enrolled in online school in the ninth grade. She was of the Assembly of God faith.

She is preceded in death by her paternal grandfather, Dennis Freeman.

She is survived by her parents, Aaron and Christina Freeman of Jay; maternal grandparents, Patricia (Michael) Roman of Titusville, Fla.; and paternal grandmother, Beth Freeman of Berwyck, Pa.