Ruth Linzy Harris, a resident of Headland, died early Tuesday morning, Nov. 8, 2016, in a Dothan hospital. She was 69.

Funeral services will be held at 10 a.m. Fri., Nov. 11, in the Holman-Headland Mortuary Chapel with the Rev. Gary Taylor officiating. 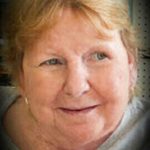 Graveside services will follow at 1 p.m. in the Bonifay City Cemetery, Bonifay, Fla. The family will receive friends from 5 p.m. until 7 p.m., Thursday at the mortuary.

Flowers will be accepted or memorial contributions may be made to St. Jude Children’s Research Hospital, 262 Danny Thomas Place, Memphis, TN 38105.

She was born at home near Red Level, on Nov. 25, 1946, daughter of the late Benjamin Richard Linzy and Pearl Jackson Linzy. She was reared in south Alabama and central Florida.

She lived in various locations in the United States while her husband served in the U.S. Army. She lived in Midland City before moving to Headland in 2009. She was of the Holiness faith.

He was born to Dan O. Nettles and Voncile Nettles on Nov. 24, 1954, in Brewton. He was the eldest of three children. He was baptized at an early age and was a member of Baptist Hill Missionary Baptist Church until his death. He loved the Lord and his faith was strong.

He attended Southern Normal School and graduated in 1972. That same year he joined the United States Army and worked for three years with the Army’s Drug Enforcement team. He received an honorable discharge in 1979.

In 1980 he became a Maryland State Trooper and achieved the rank of Corporal. He received numerous commendations for his outstanding performance and in 1984 was named Trooper of the Year by the Coalition of Black Maryland State Troopers. His 14-year law enforcement career also included positions in the State of Alabama with the Escambia County Sheriff Department, Demopolis Police Department and as police chief of the city of Castleberry.

He decided to change careers and entered the transportation field. He became an owner-operator and enjoyed many years of over-the-road-long-haul travel. His professionalism and driving safety record earned him Warren Transportation’s Truck Driver of the Month Award in January 2016. He retired in May of this year.

He was preceded in death by his father.

Willie Chavers, 93, of Gravel Road in Somerville, passed away Wed., Nov. 2, 2016, at his residence after a brief illness.

He was a native and long time resident of Brewton, before moving to Somerville 14 years ago. He was a member of the Calvary Holiness Church in Lacy Springs.

He is preceded in death by all his brothers and sisters.

He was a native and life long resident of Escambia County. He was a carpenter, a member of First Baptist Church of East Brewton and a U.S. Army veteran. He enjoyed hunting and fishing.

He was preceded in death by his son, Rodney Odom.

On Mon., Oct. 31, 2016, Staff Sergeant Charles Leslie Knight was called home to be with his Lord and Savior.

Knight was born on Aug. 20, 1925, to the late Edmond and Sallie Knight of Evergreen. He was privileged to spend his last days in the privacy of his home on Virginia Drive in Brewton.

He united in membership with the Second Saint Siloam Missionary Baptist Church on Sept. 30, 2008. He remained until he was called home.

He attended Conecuh County Training School and later enlisted in the United States Navy on Feb. 20, 1943 where he received an honorable discharge on July 17, 1954. After leaving the U.S. Navy, he was called from inactive duty to the United States Air Force where he earned the rank of Staff Sergeant. In a recommendation letter, he was highly praised by his commanding officers indicating his abilities and qualifications in civil engineering. He contributed more than 20 years of dedicated military service to our country.

The family is extremely thankful to the many people and the care providing agencies who made his life relaxing as well as enjoyable. Special thanks from the family go to Carrie Knight Lewis, Avis Ann Milton, Tiffany (Donald) Smith, Preston (Minnie) Hassell, Pastor Blue and family, Comfort Care of Brewton and his primary care doctor, Dr. Daniel Raulerson.

Donnie Ray Hobbs, 65, went peacefully to be with his Lord and Savior on Nov. 3, 2016, with family and friends by his side.

Visitation will be held Sat., Nov.12, from 1 p.m. until 2 p.m. at Williams Memorial Chapel Funeral Home in Brewton.

He was a native of Damascus and a former resident of Texas before moving to Brewton. He was a member of the Union Grove Free Will Baptist Church, a 1969 graduate of W.S. Neal High School and a former pipe superintendent.

He was preceded in death by his parents, Albert and Mattie Lou Baggett Hobbs; and brother, Joe Hobbs.

Funeral services will be held today, Nov. 9, at 11 a.m. from the chapel of Craver’s Funeral Home with the Rev. Phillip Pettis officiating.

She was preceded in death by her husband of 54 years, Marvin Raymond Morris; and two sons, Don Morris and Marvin Stanley Morris.

Visitation will be held today, Nov. 9, from 6 p.m. until 8 p.m. at Williams Memorial Chapel Funeral Home of Brewton.

Funeral Services are scheduled for Thurs., Nov. 10, at noon at Williams Memorial Chapel Funeral Home with the Rev. Rusty Burnham and the Rev. William Joyner officiating.

He was a native of Mobile, and a life long resident of Flomaton. He was of the Christian faith, a graduate of Flomaton High School and a truck driver for Boots Smith Trucking.

He is preceded in death by parents, John and Mary Lee Roberson Cole.

Visitation will be held today, Nov. 9, from 6 p.m. until 8 p.m. at Williams Memorial Chapel Funeral Home of Brewton.

Funeral services are scheduled for Thurs., Nov. 10, at noon at Williams Memorial Chapel Funeral Home with the Rev. Rusty Burnham and the Rev. William Joyner officiating.

She was a native of North Carolina and a long time resident of Flomaton. She was of the Christian faith, a graduate of W.S. Neal High School and a homemaker.

She is preceded in death by her father, James Louie Blackmon, Jr.