The burial service and Eucharist will be held at 2 p.m. on Sat., Dec. 17, at St. Thomas Episcopal Church. Prior to the service, a private interment of ashes will be in the St. Thomas Columbarium. All guests are invited to a reception in the St. Thomas Fellowship Hall immediately following the service. 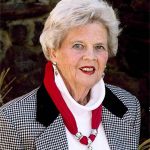 A loving, devoted, and generous daughter, sister, wife, mother, grandmother and friend, she shared her faith, talents and heart with everyone she met.

She was born Mabel Jeanne Binion Oct. 4, 1935 to the late William Thomas Binion and Mabel Hoskin Binion in Brewton. She graduated from T. R. Miller High School in 1953.

She studied the next four years at the University of Alabama, receiving a bachelor of science degree in elementary education. She later received a master of arts in education from Alabama. She played clarinet in the Million Dollar Band from 1953 to 1956 at the University, where she met her future husband, Charles Arthur Fessenden. She was also a member of Delta Gamma Sorority.

She was an active member of Alpha Delta Kappa, an International Honorary Teachers’ Sorority, for more 50 years and was still a member at her death.

She was actively involved with Odyssey of the Mind (an International Program of Creative and Problem-Solving students from Kindergarten through college) coaching teams from 1988 through 2000. Many of her teams went on to compete at World Finals held on various college campuses around the United States. After retiring, she became the State Director of Odyssey of the Mind, an organization she continued to support as an active board member until 2015.

She and her husband loved to travel. They visited all 50 states, Europe and China. Her love for National Parks took them to many places; visiting two-thirds of the Parks over the years.

She was a volunteer at the Springer Opera House for more than 25 years. She also volunteered at the RiverCenter for the Performing Arts, receiving a plaque in December 2012 for over 2,000 volunteer hours of service. She was a long-time volunteer with the Wynnton Neighborhood Network as well.

She was an active member of St. Thomas Episcopal Church and served as an usher and Lay Eucharistic Minister.

She was preceded in death by her parents; and only sibling, her brother William Thomas Binion Jr.

In lieu of flowers, the family requests contributions be made to St. Thomas Episcopal Church (2100 Hilton Avenue, Columbus, GA 31906) or to the Fessenden Fund, a scholarship established by Georgia Odyssey of the Mind in memory of Jeanne (Checks payable to Georgia Odyssey of the Mind, memo: Fessenden Fund, 1216 West Lakeshore Drive, Dalton, GA 30720.

Funeral services will take place at 3 pm on Fri., Dec. 16, 2016 at Pollard Methodist Church in Pollard, followed by burial at Hillcrest Cemetery with the Rev. Tony McCullough officiating. 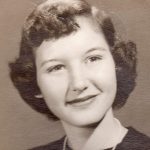 Known for her sweet disposition and southern accent, she lived at Cedarhurst of Shiloh in Illinois.  She enjoyed getting to know fellow residents, playing bingo and participating in seasonal activities.  She was a prayerful woman, who loved the Lord with all her heart.  She was married for 64 years to Wilton T. “Moose” Hataway, who passed away in June 2015.  The two met in high school and lived in married student housing at Auburn University.  When Moose joined the U.S. Air Force as a civilian engineer, they would spend the next 47 years on assignments at various bases. They had seven children.  She loved to sew, read, and cook, making everything from scratch, even salad dressing.

Contributions may be made to the American Heart Association or a charity of choice.

He was a native and life long resident of Brewton. He was of the Baptist faith, served in the Army National Guard, and was a mechanic. He enjoyed hunting, fishing and cooking.

He was preceded in death by his father, George Garrett; and a brother, Ricky Garrett.

She was a wonderful wife, mother and homemaker who spent her life devoted to God, her family and her home. She was a very sweet and kind-hearted person who cherished life. Her favorite times were spent with her husband and her family. She also enjoyed cooking, an occasional fishing trip, gospel singings and tending to flowers and gardens she and Lamar had a knack for growing. She passed peacefully after several years battling Alzheimers. She is loved and will be greatly missed.

She is preceded in death by her husband, Grady “Lamar” McKissack; and a sister, Patricia Ann Halford Harrelson.

She was born in Brewton, to the late Annie Aggie-Travis and late George Travis. She confessed her life to Christ at an early age and united with Peace and Goodwill Baptist Church in Brewton.

She attended Boykin High School in the Boykin community. In her 10th grade year her family moved to New Orleans, La., where she graduated from Booker T. Washington High School.

After the completion of her graduation, her true love, Jerry, asked her to take his hand in marriage and he pursued on with his military career with the support of his wife.

During many travels and tours in the military, she was able to experience many people, cultures and was blessed to explore the world.

After having her last child she decided to take up a trade of her own and studied Positive Psychology and attended the University of Missouri.

She worked at L-S Incorporated in Ft. Benning, Ga., for more than 10 years and decided to resign after learning of the sickness of her mother. She took care of her dear mother until the day of her demise.

Elbert Lee Chambers Sr. was born May 19, 1922 in Brewton, to the late James and Sophronia Chambers.

He grew up in Pollard, confessed Christ at an early age and joined St. Peter Baptist Church in Pollard. He was educated in the Oak Grove-Pollard School System. At the age of 19 he was inducted into the United States Army on Jan. 9, 1942 at Fort McClellan and he was honorable discharged from military service at Camp Claiborne, La., at the rank of Private, Co ‘A’ 1st Provisional Training Battalion, Engineer Unit Training Center.

On November 15, 1946 he married Ida Mae Farrish Chambers (deceased). They were married for 64 years.

He drove trucks for the City of Brewton for 25 years before he retired in June of 1987. Before that he worked in logging.

He will be missed by all who knew him.

Lamar Eugene Stowers, 85, of McGougin Road of Brewton passed away Mon., Dec. 5, 2016, at his residence after a brief illness.

He was a native of Castleberry, and a life long resident of Brewton. He was a member of the Zion Hill Baptist Church where he was active and had many church activities. He was a retired crane operator from Jefferson Smurfit with 35 years of service.

He is preceded in death by brother, Charles Miniard; sister, Phyllis Lizenby; and granddaughter, Amelia Pugh.

She is survived by her son, John B. Smith (Kimberly); daughter, Linda A. Smith; four grandchildren, Heath, Michelle, Noah and Samuel; and three great grandchildren.