Funeral services were held at Samart-Mothe Funeral Home at 1 p.m. with the burial  following in St. Joseph Cemetery. 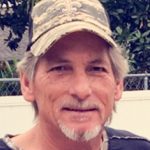 He was preceded in death by his parents, Leonard and Ruthie Mae Summerlin; and brothers, Glendal Summerlin and J.C. Summerlin.

A memorial service is scheduled for him on Wed., Jan. 25, 2017, at 11 a.m. at Flomaton United Methodist Church with the Rev. Kathleen McKinley officiating and Flomaton Funeral Home Directing.

He was born in Century and spent his lifetime there. During his working years, he worked as a safety inspector in the oil industry and was employed with Charco in Flomaton.  He was a member of Flomaton United Methodist Church.

He is preceded in death by his parents, David C. Jones, Jr. and Lova Berg Jones; and his sister, Pattie Jones.

In lieu of flowers donations may be made to Flomaton United Methodist Church.

Graveside services were held on Sat., January 7, at noon from the Elim Baptist Church Cemetery, County Road 4 in Brewton, with the Rev. Ron Headley officiating.

He was born in Brewton on Jan. 22, 1929.  He was a veteran of the U.S. Army during Korea. He was a graduate of Sam Houston State in Texas and Auburn University.

He taught school before becoming Superintendent of Transportation for the Chamber County Board of Education and was a member of Canoe Baptist Church in Atmore.

In lieu of flowers, memorial contributions may be made to one’s favorite charity.

Graveside were held on Thurs., Jan. 5, at 2 p.m. at Weaver Cemetery with the Rev. Mike Cosey officiating and Craver’s Funeral Home directing.

He was a native and life long resident of Brewton.  He worked on pipelines in the construction industry, and was of the Baptist faith.

He is survived by a sister, Patricia (Patrick) Chance of Alexander City; nieces and nephews, Sherry, Amy, Chris and Jeremy; and a friend, Vickie Wright of Brewton.

She was born in Flomaton, but spent her lifetime in the Century community where she worked for the Escambia County Florida School System as a bookkeeper.  She was a member of the Pensacola Genealogy Society, of the Methodist faith and attended Byrneville United Methodist Church and Byrneville Mennonite Church.

She was preceded in death by her parents, Jehu Erston Dean and Ruth Harris Dean.

at his residence after a brief illness.

He was a native of Pennsylvania and a long time resident of Brewton.

He was of the Christian faith, attended W.S. Neal School System, was a

member of the Masonic Norris Lodge No. 401 and was a retired truck driver

from the City of East Brewton.

He is survived by his wife of 10 years, Donna Evans of Brewton; a son,

Brewton, Debra Lund of California and Kelly Coleman of Milton, Fla.; a step-son, Brandon Jones of Brewton; four step-daughters, Monica James, Ashley Byrd and Julia Coleman, all of East Brewton, and Samantha Jones of Andalusia; a sister, Debra Knox of East Brewton; and a number of grandchildren.