After not knowing for more than six decades, one Brewton family now has closure after the mysterious death of Fred Fuqua.

Several generations of the Fuqua family have put their lives on the line in service to their country. Most of them survived their time in the military, but there is one exception.

For more than 66 years, the family has lived with heart break along with the mystery of what happened to one of their own.

It happened after one of the most horrific battles of the Korean War, Sgt. 1st Class Fred Fuqua of Brewton was listed as missing in action. His family waited for news of their loved one for years, and one after another, has taken on the task of trying to recover his body. 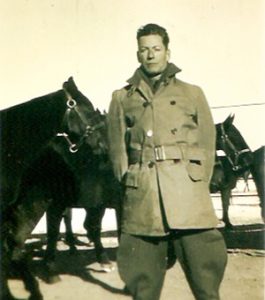 Last year, nephew John L. Fuqua was instrumental in finally getting recognition for his uncle and putting some closure to the story of more than half a century. Although the remains of Fred Fuqua were never found, a certain peace of knowing he was not forgotten has been accomplished.

Fred Fuqua was born in Bethel, Ala. April 25, 1914. He was one of 10 children born to John and Ella Fuqua. According to his nephew, Fred enlisted in the U.S. Army and saw action in World War II.

“He was with Gen. George Patton when his battalion crossed the Rhine River and helped with the release of American prisoners and others from a stalag prison in Germany,” his nephew said. “He served for a while in the cavalry. He was out of service for about three years, but in October of 1948, he rejoined and was given the rank of A2 as he had been when he came out of World War II.

“As we know now, he was killed in the battle of Chosin Reservoir in North Korea, next to China on Dec. 1, 1950,” he added. “He was listed as missing in action for over a month before he was finally listed as killed in action, although his remains have never been located.”

The battle of Chosin Reservoir took place when the weather was at its worse. The temperature was 20 degrees below zero and Fuqua and his fellow soldiers were not prepared for such extreme temperatures. Out of the approximately 1,000 men in his regiment, 863 were killed in action, taken prisoner or froze to death before they could be rescued. The next morning, when the Americans regrouped to go back to care for the wounded and killed, the Chinese overran them again and threw grenades in the trucks to finish them off.

John L. Fuqua wrote in a recent letter that since that time no remains or personal items have ever been found.

“Some of my family members have given DNA samples when they became available,” he said. “I gave DNA three times myself, but the Army gave my family the impression that since there has been no remains found, a memorial could not be held.”

He said he knew this was untrue and began working on a memorial for “Uncle Fred” in 2006. It took until 2016 to “find the right buttons to push” to make it a reality.

“Last year, I made up my mind that I was going to work on this until I got the Army to agree to a memorial,” he said. “In February of 2016, I finally found the right button to push. A lady with the Department of Defense, a retired major, Sherry Remy, agreed with me and started working on a memorial for Uncle Fred.”

On Dec. 12, the family had their official moment to grieve. 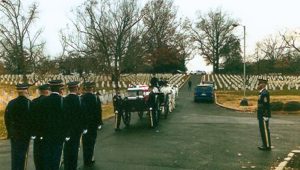 “The memorial was held in Arlington National Cemetery in Virginia – with a 38-member band, six horses pulling a caisson, four riders to the side, six pallbearers, two chaplains and seven soldiers for a 21 gun salute.

There were also seven members of the family who made the trip to the cemetery.

“It was a very moving ceremony,” Fuqua said. “It was worth all the hours that were put into the effort to make this happen. The family was told that he got the memorial that a general would have gotten.”

Finally, the family members received closure, and, if nothing else,  feel as if they have done all they could to honor Fred Fuqua, who was given the Purple Heart and a Bronze Star Medal for his service during the Korean War.