Two-time Super Bowl Champion with the New York Giants Domenik Hixon will be one of a few others leading the Brewton Youth Football camp in Brewton on April 22.

So what brings Hixon to Brewton. The term “small world” fits accordingly.

“We’re excited to bring a football camp to Brewton,” Hixon said. “I held a similar camp at my old high school in Ohio. My dad grew up in Cantonment, which is not too far away. Officer (Brian) Wesley knows my uncle, so through that contact we got connected. (Officer Wesley) asked me what will it take to run a camp in Brewton. I said just show me where the good hunting is and we’ll call it even.”

“We’re going to do a lot of NFL drills,” Hixon said. “We’re going to do running back drills, receiver drills, lineman drills, defensive stuff, and special teams stuff. We’re going to have a competition period in the afternoon. That’s what we called back in my day ‘trash can football’. That’s when you take everything you learn and apply them to a competitive atmosphere.”

In addition to learning and fine-tuning football skills kids can look forward to tackling off the field lessons.

“Besides the football aspect we’re also going to talk about how to conduct yourself as a young individual and the expectations of a career as a football player,” Hixon said. “There’s the game of football and there’s the life lessons taught through football. “

Hixon said his faith in Jesus Christ helped him get through some of the toughest times in his life and his career as a football player.

Hixon suffered three torn ACL injuries during his career, the last resulting in his final decision to retire from the game he loved in 2014 at the age of 29.

“Sometimes we learn lessons by what we go through or from some of the hard situations others go through,” Hixon said. “Choosing the right friends is important. When times get tough you need support from family and friends.

“I see a lot of youngsters in high school who are faced with tough decisions and don’t necessarily have the right support around them. At some point we’re going to face negative influences in our life.

“At the camp were going to have lunch and have a time open for questions campers may have that concern them. The one thing I hope to enlighten in the young kids is to let them know the hard work it takes to be successful, in this case the game of football. I was kind of naïve when I was younger. I thought well these guys just show up on Sunday and play. I learned football is a year round gig at the highest level. It’s tough work.”

Hixon won’t be the only decorated instructor at the camp. Two-time Super Bowl champion Steve Cargile who played with Hixon with the Giants and Denver Broncos plans to be in attendance. Cargile is from Eufala and today serves as a scout with the New England Patriots. Super Bowl champion Jurell Jernigan will also be on hand and former New York Met JJ Newman plans to be at the camp.

Hixon said more people have been invited to the camp, including women instructors and mentors, if schedule allows it.

The final day to register for the camp is April 1. Ages are from five to 16 years old and is open to football and cheer. 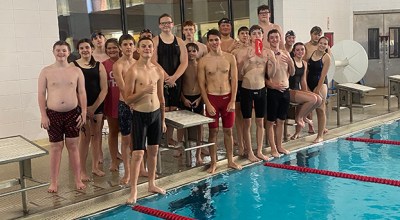