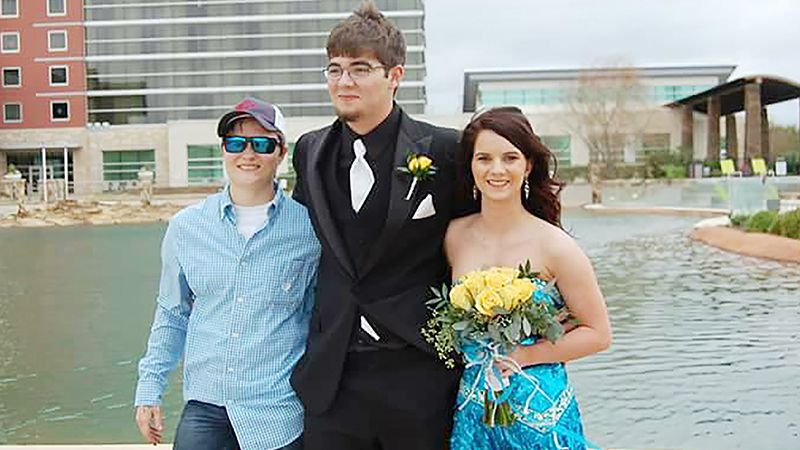 Courtesy photo Riley Fore, Kalanea Fore and Cheyene Hammond were traveling down Foshee Road when they saw the flames.

Three locals on their way home from the W.S. Neal prom are being hailed as heroes after pulling a Foshee Road woman from her burning home Saturday evening.

Riley Fore, Kalanea Fore and Cheyene Hammond were traveling down Foshee Road when they noticed what they thought was a bonfire burning in a resident’s backyard.

It wasn’t long before the group realized it was something much more dangerous – a house fire.

“It was actually Kalanea who said turn around, just in case,” Fore, a W.S. Neal senior, said. He, his cousin and his date were on their way to return a truck to Fore’s grandfather’s house when they noticed the flames.

All three attended WSN lead out festivities before heading home around 8:30 p.m.

“When we realized it was the carport, she and I jumped out and began beating on the door,” Fore said. ”We heard a woman inside yelling for help. We got her to come to the door and down the ramp using her cane. We put her between the two of us and walked her down to her wheelchair.”

A 911 call for help brought family and later volunteers from the McCall and Pineview volunteer fire departments.

“My dad and grandfather came and we all did what we could to put the fire out with water hoses,” Fore said. “Tux, prom dress and all.”

The resident – Marilyn Mize – was treated for smoke inhalation but otherwise unharmed.

“People are saying we’re heroes, but I don’t think that,” Fore said. “We were raised to do the right thing, and that’s all it was.”