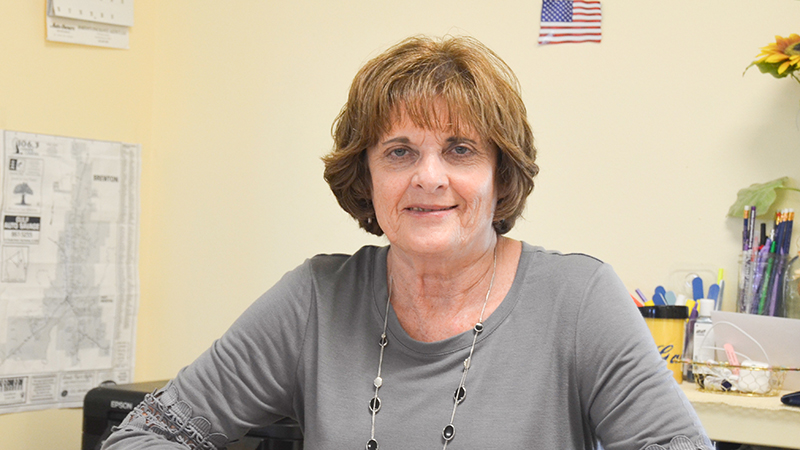 Gail Gibson, East Brewton SAIL Site director in East Brewton, is at her happiest when she is involved with those around her.

“I love being with people and find this job very fulfilling,” Gibson said. “I have only been here for a couple of years, but I came here knowing the program was already a great success. I am able to help with others, not to mention what satisfaction it gives me.”

The SAIL Site is on Williams Street across from W.S. Neal Elementary School and occupies a very nice set-up with plenty of parking for its patrons. Beginning at 9 a.m., the doors are open and some of the people are already there. They serve lunch at 11:15 a.m., and by 1 p.m., those in attendance are ready to go home. Each and every one of them have had the opportunity to visit with each other, play a little dominos or bingo, and eat a nice hot meal. There are anywhere from 30 to 40 who come almost every day and for a few hours have companionship.

“It does them good to be able to get out of the comfort of their own homes,” Gibson said. “We also have an outreach program  where we deliver meals to those who are not able to get to the site.”

The site is funded by the City of East Brewton and people are asked for a minimum donation of $1.50 for the meal, which they get out of Mobile. There is even a frozen meal part of the program where a week’s worth of frozen meals are delivered at the same time.

“We have bingo, dominos and different forms of exercise, such as line dancing and occasional outside trips,” she said. “We want to keep them healthy and having fun.

“The fellowship they get here may not be available to them anywhere else,” she said. “Some of them don’t have anyone at home to interact with, so they are happy to have a place to come to. We also take short trips to places like Fairhope and Daphne to shop. They like to shop and they love thrift stores. They have fun and fellowship in whatever we are doing.”

Gibson said that she has four volunteers working in the kitchen helping to prepare the lunches every day, and some of those who come to the center want to pitch in and help. It gives them something to do.

Gibson was born and raised in Brewton in the Appleton Community. She graduated from W.S. Neal in 1977 and married right out of school to Oland Gibson. He was in the military and served in Fort Benning, Ga., so they lived there for about five years, before returning to the Brewton area. They are blessed with three daughters, Patty, Kim and Pam, and seven grandchildren.

“My husband died a couple of years ago and I thought it would do me good to get out of the house to do something and take my mind off my problems. It has certainly done that,” Gibson said of her job.

“I love the people who come here every day,” she added. “There are days that are a little stressful, but for the most part, not many. God put me here for a purpose and I think this is it.”