Early church was among first in county 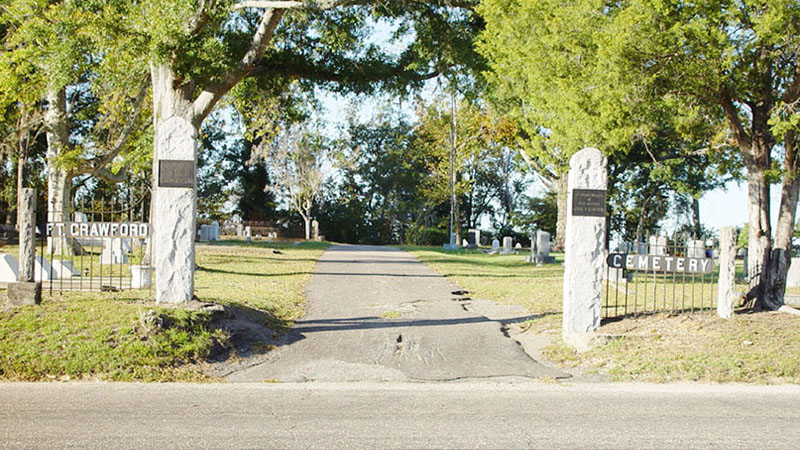 The early 1800s witnessed the first serious efforts at settling our area. Ft. Crawford, the Old Wolf Trail and the Federal Road served as a catalyst for settlement. Along with the settlers came the need to worship and thank God for bringing them to their new homes safely.

Many of the early settlers came from the Milledgeville, Ga., area. The town was the capital of Georgia during this period and had been a starting point for the military forces that marched into the area during the Creek Indian War.

According to the History of Conecuh, Fort Crawford, which was once part of Conecuh  County, was one of the earliest settled points in these parts. It derived its name from an officer in Gen. Andrew Jackson’s command. Benjamin Jernigan seems to have been one of the first to arrive in this region to stay.

He settled within two and a half miles of where Fort Crawford subsequently stood, and on the west side of Burnt Corn Creek, within three-quarters of a mile of the present site of Brewton. This was in the latter part of 1816, or early 1817. Not more than two or three settlements had been made in the county at that time. Mr. Jernigan was soon joined by James Thomson, Benjamin Brewton, R.J. Cook, Lofton and Loddy Cotten.

At this time the fort was occupied by the Seventh Georgia Regiment. General Jackson is said to have often visited the home of Benjamin Jernigan.

Mr. Jernigan had removed with his family from Burnt Corn Springs for the purpose of herding cattle for Jackson’s army. From the direction of Pensacola, Jackson sent the Jernigan family supplies by the Conecuh River, and many times the supply boats were attacked by Indians who fired on them from the thickets along the banks.

The army, quartered at Fort Crawford, received their supplies from Montgomery Hill, on the Alabama River which is in Baldwin County Alabama near Boatyard Lake. Supplies were hauled in wagons across what is now Escambia County to Fort Crawford. This made the location very important because it was where, for a time, all the citizens of this section went to procure provisions.

The erection of the fort was commenced in 1817. Prior to this time only temporary earthworks had existed. No Indian settlements were near; but now and then prowling bands would pass through the country while on hunting excursions.

They usually encamped about the heads of streams, and built temporary shelters of pine and cypress bark. Sometimes they would stay at such points for as long as a week, and then pass onward. In the winter of 1817, tracts of swamp land were cleared of the trees and cane, which were burned in the following spring, and the soil planted in corn. Even though unprotected by fences, these cleared spots yielded immense crops. The following year an effort was made to fence with the tall cane, but the attempt failed.

It has been said the buildings at Fort Crawford were built so high above the ground horses could be housed under the buildings for protection in the event of enemy attack. It has also been said the settlers had a race track inside the fort and often raced horses for entertainment and betting purposes.

According to an article written by Miss Nellie Mae Parker in 1976, around the same as the walls of Fort Crawford began to rise from the forest floor in 1817, John, Noah, Sam and Peter Parker moved into Alabama from Georgia to what is now called the Roberts community.  The Roberts community was located in Section 5, Township 1N, Range 12E. The settlers had friendly and sometimes not so friendly encounters with the Indians they found in the area.

The area looked for vastly different in those days. A tall canopy of 70 foot high long leaf pines blanketed the area. One might have walked for days between the scattered settlements in the isolated region without encountering another person.

Perhaps these differences, and homesickness, led the men and their families to return to Georgia. Yet after two years they returned to stay. A year after their return, in 1825, they organized Elim Baptist Church. Alexander Travis was the first minister. He was a circuit rider in South Alabama and would ride from church to church preaching to the congregations.