A memorial service will be Sat., May 6, at Montgomery Hill Baptist Church at 9:30 a.m. with the Rev. Lonnie Byrd officiating. 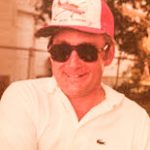 A high school graduate of Marion Military Institute, he completed college at Auburn University where he was a member of Sigma Chi fraternity. He returned home to work with his father’s timber business and served on the Board of Directors for the Baldwin Electric Membership Corporation. He loved the outdoors and was an avid gardener.

He was preceded in death by his first wife, Mary Gonzales Earle; parents, Thomas and Martha Earle; and a sister, Catherine Cortelyou.

After a long life full of love from family and friends, banjo music and the practice of medicine, Dr. Herman C. Wood passed away on April 24, 2017, at the age of 90 in Woodlands, Texas.

A private graveside service was held on Wed., April 26, at 10 a.m. in Union Cemetery in Brewton with Craver’s Funeral Home directing.

He was born in Chicago, Illinois, on Feb. 15, 1927, to Clifford Cummins Wood and Renzina Teninga Wood.  At the age of 16, he started his undergraduate education at McGill University in Canada. In 1952, H.C. graduated from the University of Illinois Medical School, age 25.  He married Patricia Grace Mullen RN, of Lake Geneva, WI, and was appointed a Reserve Commissioned Officer in the U.S. Army as a First Lieutenant.

After his tour of duty, he established a medical practice in Brewton, with Patricia and four children in tow. In 1973, he married his second wife, Wylene Maddox McCarn and they resided in New Port Richey, Fla.  At Community Hospital of New Port Richey, he served as Chief of the Department of Medicine and later served on the board of trustees.

During his retirement years, his entrepreneurial spirit began a unique practice to ensure quality physician care in emergency rooms throughout the U.S.  His business was purchased by Protech where he remained a consultant during the company’s growth to over 200 hospitals implementing his solutions.

Over the past 20 years, he made a difference in many lives as he worked to improve the medical care of poor Mexican villages by donating medical equipment and requesting support for medical needs of children through the Shriner’s Hospital.

His talents and accomplishments were many; however, what touched everyone he met was his great sense of humor, his wonderful ability to demonstrate how music can bring joy into everyone’s life and his dedication to family, country and community. Many considered him a renaissance man, accomplished not only in medicine but also in music, archeology and engineering.

He was born on Nov. 2, 1967, in Mobile at Mobile General Hospital to Alice S. Jenkins Anderson late Walter C. Anderson.

Early in his years he joined St. Mark Missionary Baptist Church. His school years were spent in Brewton. He graduated from W.S. Neal High School in 1986. After high school he worked at Pic-N-Sav in Brewton for years before he found the passion in what his father did- logging. He learned to operate every piece of heavy equipment there was, from bull dozers, to 18 wheelers to skidders and tractors. He loved his skidder. He was a hardworking man. He also loved to help others. He found relaxation in working on vehicles and watching western movies.

William Buster Wright was born Aug.. 6, 1943, in Brewton, to the late Myrtle and William Wright Jr. He departed for his Heavenly Home on April 17, 2017, following a lengthy illness.

He is preceded in death by ex-wife, Elmma Lee Wright; sisters, Mary Wright, and Elizabeth Wright; and brother, Commindo Wright.

He also leaves to cherish his memory a host of nieces, nephews, cousins and other relatives and friends.