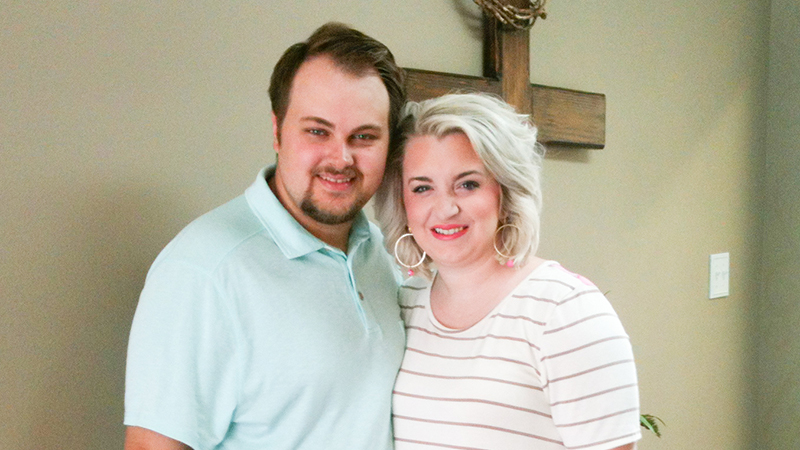 East Brewton Church of God Church welcomes its new pastor, Joey Ogletree and his wife, Jordan, to this area.

The couple moved here from Gilbertown, Ala., which is close to the Mississippi state line.

“We are very glad to be here,” Ogletree said. “We finally got moved within the last week. Up until then I was driving over on the weekends to conduct services. It’s going to be much better now that we are actually living here.”

Ogletree is only 24 years old, but he has been spreading the word of God since he was a child.

“I was 14 when I was called into the ministry and I have been preaching ever since,” he said.

Ogletree was born in Birmingham and raised in Gardendale. He graduated from Gardendale High School in 2011 and was a seasoned preacher by the time of his graduation. His father is also a preacher and it was in his church that Ogletree got his start at evangelism.

He was required to study through three levels of certification to be able to become a certified pastor in the Church of God, but by the time he accomplished these levels, he was already a seasoned preacher.  He served in several churches and then spent more than a year as the student minister in Chelsea, which is located in Shelby County. He then served in that same capacity for more than a year at Bradford Sanctuary of Peach near Birmingham.

“It was there that I met the love of my life,” Ogletree said. “With the help of her cousin, I met Jordan and we were married last October. She was from Gilbertown, so I moved there. Her dad is also a preacher. After we were married and living in Gilbertown, I had several jobs, including working for Jordan’s dad in his business.

“I felt that God was still calling me to preach,” he added. “As soon as I could I took the opportunity to come to East Brewton. I feel as if we are in a rebuilding stage here. The church has a lot of heart and we are excited to see it in this growing period. I expect to see an increase in the attendance every week. We are proud to be a part of the church and want to be involved with the community.”

Jordan is not working outside the home right now. She is trained in pharmacy work and may get back into it but for now she is planning to work with the women of the church. They both said they were closer to places they like to visit. He loves Disney World and she loves the beach.