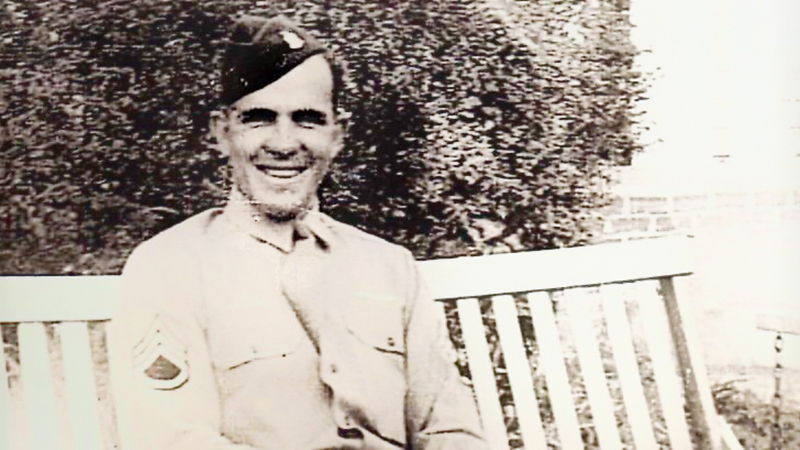 Millions of Americans served their nation during World War II. The sacrifice ranged from the blood-soaked beaches of countless Pacific Islands to the tangled hedgerows of Normandy to the skies over Europe. Others served by working in ship yards and factories. Older men in this area sometimes served by riding mules on the sugary white beaches of the area with a pair of binoculars while looking for German U-boats.

At the end of the war, and following the Allied victory, these men and women wanted their lives to return to normal. Yet for those who didn’t come home and their families, things would never be as they were before.

It is in this column that I have felt a deep obligation to especially mention the names and stories of young men who didn’t come back from our wars and who never married and left children behind to tell their story. In the Canoe community it seems there are a lot of those stories to tell, Emmitt Mixon, Almas McKinley, Hillary Findley, Quinton Foster, and Robert Rowell, just to name a few,  all have a similar story and recently I learned of another young man with a compelling story who did not return from that great war, Staff Sgt. Daniel Farrar Hall.

Daniel Farrar Hall was the son of Cory and Alba Mosley. His father ran the Canoe drug store which was housed in the building now occupied by the Canoe Civic Center.

His second cousin Fielden “Pete” Farrar, who was best friends with the young man, recounted tales of Farrar years later to relatives and said that he loved the woods and creeks of the area and loved to hunt. Pete and Farrar joined the US Army Air Corps at the same time. Even though the two Canoe natives were attached to different units, they corresponded regularly and saw each other often.

Farrar Hall was assigned to the 3rd Air Force, 309th Bomb Group, 377 Bomb Squadron and was stationed at Columbia Army Air Base at Columbia, South Carolina. These were difficult times in the Army Corps because of the great loss of life of air men over the skies of Europe.

The German Luftwaffe (air force) was well trained and stocked with professional veteran pilots who had seen constant combat since at least 1939, and although losing the war, they were by no means going quietly. The German air defenses on the ground belched a constant and relentless stream of fire into the air which took down countless B-17s, B-24s and other American aircraft which sought to pierce Hitler’s fortress Europe. Eurbie Daw (sp) of the Robinsonville area had to bail out over Europe and became a POW for the rest of the war.

The strategy had to catch up to the reality for the generals in charge of the Allied air forces. The US and Britain bombed German targets around the clock, the Americans bombing by day, the Brits by night. The early thoughts were that the B-17s were heavily armed enough they could proceed without fighter escorts and anyway, it would be later in the war before US technology developed the P-51 Mustang and other fighters which could escort the bombers deep into Germany.

Therefore, early in the war casualties were high among the Army air crews sent on the dangerous missions over Germany and therefore a steady stream of pilots and airmen were in constant demand. Allen Henderson Jr. of Flomaton trained pilots for these dangerous missions.

Into this desperate situation, Farrar Hall arrived at the 309th Bomb Group which served the Army Air Corps from early 1942 until the spring of 1944.

The group was formed on January 28, 1942 and became part of the Third Air Force and was equipped with the B-25 Mitchell, the same bomber used in Doolittle’s daring Tokyo raid early in the war where the US stuck a metaphorical finger in the eye of the Japanese Emperor for the bombing of Pearl Harbor and gave them a taste of what was coming later in the war.

Hall’s unit served as an operational training group. They prepared entire groups to train for entry into combat. Once the USAAF was engaged in heavy combat with high loses, the 309th became a replacement training group and began providing a steady stream of individual replacements to the European theatre.

The group was active for just over two years as in it was disbanded on May 1, 1944. The group had the following main bases, Davis-Monthan Field, AZ, Jackson AAB, MS, Key Field, MS and Columbia AAB.

Hall would have certainly been among the men training to replace losses to the air crews operating over Europe at the time. It was a time of great patriotism and unity in the country. A time which we may never see again. The small towns and communities of our area sent their best to fight the Nazi horde and the Japanese Empire which sought to plunge the world into a new dark age.

I’ve often said, who needs the X-Men or Batman when you have the American Veteran?

It was with such brave disregard for their own comfort and safety that men like Farrar Hall and others served in those now distant days of the American past. Yet Staff Sergeant Daniel Farrar Hall never made it to the skies over Europe in that he was killed during a flight training mission near Warner Robbins, Georgia on June 27, 1943. It is from such desire to serve and protect one’s nation and community that we are so blessed today. Never let men such as Staff Sgt. Daniel Farrar Hall and others be forgotten. He is buried at the Hall Cemetery in Canoe, Alabama.

A special thanks to Marty Farrar Pickett and Mark Prater for the information included in this article.