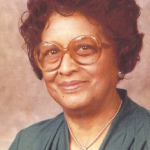 She began her journey of life on July 18, 1916 in Monroeville. She was the eighth of 11 children born to the late Deacon Willie and Sister Mary Fannie Clausell Nettles of Monroeville. All of her siblings– Alberta, Prince, Frank, Johnny, Mary, Scott, Sarah, Alfred, Carrie and Clement preceded her in death.

She confessed Christ at an early age and became an active member of the Bethel Baptist Church in Monroeville. She attended Bethlehem Industrial Academy in Monroeville and also attended Jefferson Davis Junior College in Brewton.

In 1934, she married William Sumlin Sr. and moved to Brewton. To this union, two children were born, William Jr. and Betty Janice. She joined her husband as a member of the Baptist Hill Baptist Church. She served as a member of the choir, Missionary Society and Sunday school.

The Sumlin family moved to California during the World War II years, but returned to Brewton where she was employed by the Brewton Ribbon Mill until the mill closed and she retired. She continued her active membership at Baptist Hill Church as a choir member in Circle No. 3 Missionary group and as a Sunday school teacher for her Class No. 5. She was also a member of the Olive Chapter No. 153 Order of the Eastern Star, where she served as the Worthy Matron.

She was also employed by the Escambia County School Board of Education as a teacher’s aide and substitute teacher to help with the integration of the school. She also worked with the Escambia Election Board as a poll worker for the city and county elections board. She moved to Indianapolis, Ind., with her son William Jr. when she became ill.

She was preceded in death by her beloved husband William Sr; and children, William Jr and Betty Janice.

Funeral services weree held on Sun., June 25, at 2:00 p.m. in the Chapel of Williams Funeral Home in Columbia with the Rev. Rick Elsey officiating. Burial followed at Beechwood Cemetery in Cornersville, Tenn. Family and friends will serve as pallbearers. 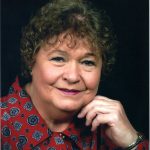 She was born on Dec. 10, 1938, in Alabama to Benjamin D. Smith and Ella Lassiter Smith. On Dec. 27, 1954 she married the love of her life, Edgar Earl Watson and together they raised a family and served the Lord. She supported her husband’s ministry as he preached the gospel and pastored in churches in Florida, Mississippi and Alabama for 44 years. Even though their official ministry ended when Edgar’s health began to fail, they continued to serve the Lord together and loved each other until his passing on Jan. 6, 2015.

It seems in all things, she had a servant’s heart, working as a phlebotomist for

D.W. McMillian Hospital in Brewton for a number of years. The medical profession was a perfect fit for her, as she was a kind, compassionate and nurturing woman. Her daughter reflects that she couldn’t have asked for a better mother. Even her eyes showed her true nature, as Margaret had the most loving, angelic eyes ever. She loved her family unconditionally and loved the Lord with all her heart. She was a member of West End Baptist Church in Columbia.

She is survived by her children, Ann (Daryl) Carter of Columbia, and James E. (Sue) Watson of Warthen, Ga.; four grandsons; three granddaughters; 14 great-grandchildren; one great great-grandchild; siblings, Lil Entrekin of Brewton, Jessie Smith of Mobile, Hazel LaCoste of Flomaton, and Edward Smith of Pensacola, Fla. She was preceded in death by her parents, Benjamin and Ella Lassiter Smith; and her husband, Edgar Earl Watson.

The family would like to give special thanks to the associates and staff of The Bridge of Columbia and to the Rev. Rick Elsey and the West End Baptist Church Congregation for their love and support and prayers during Mrs. Watson’s final illness.

Williams Funeral Home is assisting the family with the arrangements and online condolences may be made at williamsfh.com. 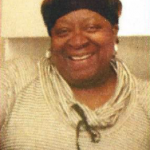 She accepted Christ at an early age and was baptized at Greater Mount Calvary Baptist Church in the Boykin community. She remained a faithful member until she departed from this Earth on Sat., June 17. She was united in matrimony to Allen Rogers. This union resulted in two daughters

She was a 1969 graduate of Southern Normal High School. She worked at Brewton Fashions (Judy Bond) for more than 20 years. She was most recently employed by First United Methodist Church of Brewton where she met countless friends and formed extended family.

She was a devoted mother, grandmother and sister. She leaves to cherish her memories two daughters, Tanya (James) Rogers and Lynn (Marvin) Stallworth, both of Brewton; two sisters, Elizabeth (Herbert) Littles and JoAnn (Arthur) Brazile; brother, Carlton (Phyllis) King, all of Brewton; two sisters-in-law, Clara King and Dora King; brother-in-law, Jimmy Oliver; three grandchildren, Jared, Orlando and Precious; one uncle; and a host of aunts, nieces, nephews and other relatives and friends. She also leaves on special friend, Manford Floyd; and one dedicated friend, Susan Barton.

He was born on March 29, 1946 in Brewton, to James Henry Lovelace and Jessie Floyd Lovelace whom both preceded him in death. He was the youngest of 11 children. He accepted Christ at an early age while attending First Shady Grove Baptist Church In Brewton. He graduated from Southern Normal High School in 1964.

After high school, he moved to Detroit to be with his brother Walter and two years later met the beautiful Serena Rudolph and they were joined in Holy Matrimony in 1966. From this union came four children, Christopher (stepson), Sean, Sonya and Abdulah. 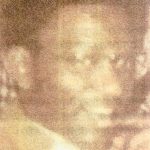 Earnest, who everyone knew as “Love “or “Bubba” worked for Ford Motor Company for more than 20 years and then transferred to Chrysler thereafter.

He loved sports. To let him tell it, he was a professional bowler. He loved spending time with his children; taking them fishing, bowling and skating but what the family loved most was the family trips down south.

He was preceded in death by his stepson, Christopher; siblings, Hattie Cordell, Neomi Osby, John Henry Lovelace and Walter Lovelace.

Visitation was held at First Baptist Church located at 6797 Caroline Street in Milton, on Sat., June 24, from 1:30 p.m. to 3 p.m. Funeral services followed at 3 p.m. Burial took place at the Milton Cemetery in Milton.

She was born on Oct. 25, 1930 in Peterman located in Monroe County, to Martin Lee and Leila Kate Killingsworth Koon. She graduated in 1949 from T. R. Miller High School in Brewton,.

She was an active member of First Baptist Church in Milton where she taught high school classes and the JOY Sunday School class. She was a realtor for 30 years. She was active in Family Promise, volunteered for Habitat for Humanity, and was a volunteer for Celebrate Recovery.

She was preceded in death by her father, Martin; mother Kate; and her sister, Eleanor Koon Dixon.

Infant Angel Kate Cooper of Englewood Circle in Castleberry, passed away Fri., June 23, 2017 in the Monroe County Hospital in Monroeville.

He was born July 14, 1934 in Bradley, to Houston and Flossie Lee. A resident of Valparaiso for 47 years, he also served in the United States Air Force in French Morocco, Germany, Thailand, and Japan, as well as various bases in the United States. Protestant by faith, he was a kind, gentle, and loving man who never met a stranger and genuinely enjoyed people. His zest for life, his love of the outdoors, and his dedication to his family will never be forgotten.

He is preceded in death by his parents; sister, Christine; and grandson, David Jefferson.

In lieu of flowers, donate to the Wounded Warrior Project. Condolences may be sent and obituaries can be read at williamsmemorialchapel.com.