Seeing his career through clear eyes 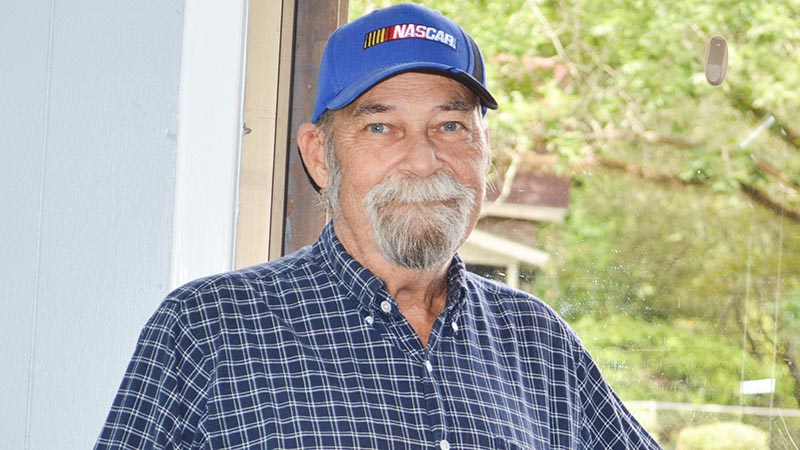 Lake in Florida. He got his first job of cleaning there where he would meet the boats as they came in from fishing.

“My brothers and I worked around the fish camp,” he said. “We would help the fishermen launch and load their boats and when they came in from fishing we would clean their fish for 10 cents a fish.

“I quit school when I was 16 and worked at odd jobs wherever I could find them,” he added. “My mother had remarried to a plumber, so I tried that for a while. Then I moved in with my dad and we moved to a suburb of Tampa, Brandon, Fla. Dad got a job driving a sanitation truck and my brother and I worked on the truck.”

He continued to work at a variety of jobs around Tampa and in 1972 he was married to Karen Caylor and his son, Wes , was born.

“In May of 1973, I saw an ad in the Tampa Tribune for window washers and they would train for the job.” he said. “I applied and after my training, I worked on cleaning store front windows for about three years.

He worked with Brandon Window Cleaning and when the business began to grow, they became big enough to purchase high-rise equipment and the name of the company was changed to Professional Window Cleaning.

“My first building was the 34 story First Florida Bank in downtown St. Petersburg, Fla.,” he said. “In 1985 the owner of the company lost his son when he was killed at the job site. The son was working with a co-worker on a five story building with a forty-foot hydraulic lift when it gave way sending the boy to his death.

The owner was so devastated by what had happened that he practically handed the business over to someone else.

“The new owner didn’t know anything about window washing, but he was a great salesman and the business grew to become Professional Window Cleaning,” he said. “After a couple more accidents caused by human mistakes, the owner had enough and he practically gave me the business and the new name became Burkley’s Window Cleaning.

“We did good for about seven years but bigger companies were able to out-bid us on jobs, so I gave it back to the previous owner and just continued to clean windows. I was doing street front jobs until 2005 when I retired. to help raise grandchildren.”

Burkley’s son had moved to Brewton in 1998 to live with his aunt, Kathy Simpson, who worked with Pizza Hut for many years.

“It wasn’t long before I got tired of sitting around doing nothing, but getting fat and lazy,” he said. “I knew I had to do something physical so I began to mow grass. I picked up several places to mow, bought a riding lawn mower and arranged  several places to wash windows.

“In my spare time, I started working with the Humane Society and about once a month, I drive to Chicago with several animals to the Higgins Animal Clinic to be adopted. I work with the animals when I have the time. My son, Wes, is now the Escambia County Animal Control officer.”