He was born in Fort Deposit and had been a lifetime member of the Flomaton and McCall areas for more than 35 years, where he worked as a car salesman. He was a member of Friendship Freewill Baptist Church.

Services were held at First United Methodist Church in Brewton on Aug. 14 at 11 a.m.

He leaves behind his wife of 33 years, Carol Gordy, his in-laws, Don and Jan Grosso; nieces Kelly (Jake) Billingsley and Taylor (Brad) Jackson; nephews, John (Melissa) Grosso of Brewton, and Brian (Tamara) Gordy; and niece, Kelly (Stacey) Scroggins of Arkansas; along with several great-nieces and great-nephews who loved him very much.

He is preceded in death by his mother and father, Mr. and Mrs. Lonnie Gordy, and brother, James (Mildred) Gordy of Eldorado, Ark.

Born April 5, 1940, in Forest, Miss., he began a career in retail floristry in Starkville after receiving a degree in horticulture from Mississippi State University, where he was later recognized as Alumni Fellow and College Alumnus of the Year in 2008.

In 1978, he moved to Alabama when Knud Nielsen Co., a leading importer and manufacturer of dried flowers, hired him as Director of Product Development. He worked  there until he and his wife Carol purchased Natural Decorations, Inc. (NDI), in which they elevated the stature and use of high end faux flowers worldwide.

He had a passion for flowers, which began with childhood days spent on a farm where he grew up working in the garden with his family. He drew inspiration from the surrounding environment and nature. His love of nature, as well as creative ability, helped him excel as a floral designer.

Among his many accomplishments, he was invited to decorate the White House at Christmas for the Ronald Reagan administration three times.  He served as a judge at the 93rd Tournament of Roses parade in Pasadena, Calif., and judged the 1993 World Cup of Floral Design in Stockholm, Sweden.

He was inducted to the American Institute of Floral Designers where he served as a member of the board of directors and president.

In recent years, he was named Brewton Citizen of the year in 2004, and served as board member and past Chairman of the Brewton Tree and Beautification Board. In 2015, he received recognition for the donation of his extensive personal library of Ornamental Horticulture books to the Brewton Public Library.

He enjoyed growing orchids in his greenhouse, gardening and traveling. He loved his church family.

He will be remembered for his eloquent delivery of humorous jokes. He could be seen every afternoon walking his beloved dogs, Daisy and Lucille around the Evergreen/Belleville block.

Family graveside services were held at Linden Memorial Park on Fri., Aug. 11, at 2 p.m. with the Rev. Tony Antonelli officiating. 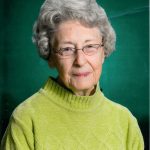 Arrangements were made by O’Bryant Chapel Funeral Home in Linden.

She is survived by her daughter, Betty Jane (W. B.) Gardner of Linden; and two grandchildren, Lindsy Gardner and William Benjamin Gardner III.

She was preceded in death by her husband, Robert V. Lewis.

Memorials may be made to Linden United Methodist Church.

Condolences may be made at obryantchapelfh.com.

Lillie Yvonne Butler Pettis, 86, of Pine Street in Brewton, passed away Thurs., Aug. 10, 2017, in a Mobile hospital after a brief illness.

She was a native of Escambia County and a former resident of Theodore and Atmore before moving to Brewton. She was a member of the Hanberry Holiness Church and a homemaker. She was a devoted wife, mother, grandmother, and sister.

She served her family and those she loved making sure everyone was well taken care of. She was taken home to Heaven where she reunited with her husband of 62 years, Claude Pettis.

She was preceded in death by her husband, Claude Pettis; and daughter, Gail Loewen.

In lieu of flowers, contributions in his memory may be made to Pilots for Christ, 107 Airport Road, Monroeville, AL, 36460; or to the American Cancer Society.

Margaret Elizabeth Jones entered into the arms of the Lord on Aug. 5, 2017.

She was born to the late Chip and Bertha Harris on Dec. 28, 1938. She was the 13th child of 16 children. She was preceded in death by her parents and siblings, Eugene, Naomi, Eula Mae, James, Earnestine, Earnest, Ethel Mae, Bertha Lee, Greely, Willie James, Lonza and Frank.

She was educated in the Nichburg school system. She was employed with D.W. McMillan Hospital for more than 20 years before becoming a homemaker.

She accepted Christ at an early age and was a faithful member of Brewton Church of God In Christ where she was the superintendent of Sunday school for more than 30 years and served as a church mother.

She was united in holy matrimony to Charlie Leroy Jones on Nov. 3, 1956. To this union 10 children were born; one preceding her in death, Murtis O’Neal Jones.

She will be missed by many, especially for her tastefully delicious cakes and her love for fishing.