Funeral service will be held today, Aug. 30, at 10 a.m. at Williams Memorial Chapel Funeral Home with the Rev. Larry Watts officiating. Interment with military honors followed at the May Creek Methodist Church Cemetery in Brewton. 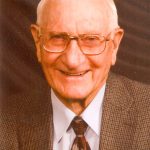 He was born in Seminole County, Okla., on Oct.7, 1935, to the late Fred and Catherine Ellis. He began his military service in the Navy, and while stationed in Pensacola, Fla. in 1956, he met and married the love of his life, Laura Catherine Power (Burnham). After leaving the Navy, he continued his service in the Air Force, and joined the Army in 1967. While serving, he graduated from the University of Nebraska at Omaha in 1969, majoring in political science.

During his service, he was awarded numerous medals and awards, including two Bronze Stars. He retired from the Army in 1976, as a Chief Warrant Officer III. After retiring, he and his family returned to his wife’s hometown of Brewton, where they built their “forever home.” He began a second career working in various positions for the State of Alabama, and retired in 1995.

A devoted husband, father, grandfather and great grandfather, he enjoyed spending time with his family and friends, hunting and fishing. A member of the First Baptist Church of East Brewton, he loved the Lord, and served as a deacon and Sunday school teacher for many years. He never met a stranger, and was a master storyteller, whose laughter could fill a room. He was a special man who made a difference in every life he touched. He will be missed.

He is also survived by six great-grandchildren; and many nieces and nephews.

He was preceded in death by his parents, Fred and Catherine Ellis.

In lieu of flowers, donations may be made to the Alzheimer’s Association.

Visitation will be held Sat., Sept. 2, from 10 a.m. until the memorial service time of 11 a.m., at the East Brewton First United Methodist Church, located at 616 Forrest Avenue in East Brewton.

He was a resident of East Brewton for many years.

He served his country in the U.S. Army and was a Korean War Veteran. He then retired in his later years from the USPS in Brewton. He was of the Methodist faith and a member of the East Brewton First United Methodist Church.

He was preceded in death by his wife; Ruth Crispin; and sister; Wanda Spear.

Thomas Gordon Lowrey, Jr., 87, of Florida Street in East Brewton, went home to be with his Lord and Savior on Wed., Aug. 23, 2017, following a lengthy illness.

As a young man, he joined the United States Navy serving his country for 20 years of active duty and retiring with the rank of senior chief. Following retirement in the summer of 1969, he and his family moved back to his wife’s hometown of East Brewton and resided there until his death.

After completing an HVAC and electrical degree from Reid State Technical College, he founded Lowrey’s Refrigeration, Heating, and Air Conditioning serving surrounding areas until his retirement in December 1991.

Faithfully serving his community and church with a servant’s heart, he had a genuine love for others and missions. He served his Lord and Savior at the First Presbyterian Church of Brewton for many years as a deacon and elder. Since January 2010, he served as Elder Emeritus.

He was a resident of the Flomaton Community since 1987. He was a veteran of the United States Air Force and the Merchant Marines. He enjoyed making donations to the Flomaton Historical Society. He was a member of Osaka Free Will Baptist Church.

He was preceded in death by his parents, Radford and Lillie Mae Strength, and brothers, Bernard Strength and Fredrick Strength.

He was a native and life long resident of Brewton. He was a member of the Edendale Holiness Church and a 1975 graduate of W.S. Neal High School. He was employed at Medline Industries in Monroeville for a number of years and Billy Barnes Trucking where he earned several safety awards. After leaving the trucking industry, he opened his own business, 41 Ways, LLC, of which he was very proud.

He is preceded in death by parents, Leroy and Rosa Lee Blair Pettis; brother, David Pettis; and father-in-law, J.D. Pugh.

Sarah Gleaton Wilkinson, 72, of the Tellico Village Community, Loudon, formerly of Montgomery, went home to be with the Lord Saturday morning, Aug. 26, 2017.

A celebration of life will be held at a later date.

She was born in Brewton to Henry and Doris Gleaton. She was retired from Montgomery Public Schools. She was a loving wife, mother, grandmother and sister. 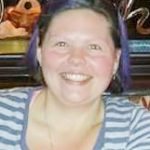 She grew up in Brewton, attended Brewton City Schools and transferred from T.R. Miller High School to the Alabama School of Math and Science as a junior. She was a member of First Presbyterian Church. She was active in and served as president of the Escambia County Sheriff’s Office Explorer post.

When she graduated from high school, she attended Jefferson Davis Community College and worked as a dispatcher and corrections officer with ECSD.

From JDCC, she attended the University of Alabama where she was also employed with the UA Police Department as a dispatcher.

While in Tuscaloosa, she met the love of her life, best friend and confidant, Matt. They have two beautiful children, Jordan (11) and Marisol (nine), who thought their mother hung the moon.

She also worked for Hale County DHR where she investigated cases of child abuse and neglect.

After leaving the job, she took on the hardest job ever, being a full-time wife and mother. She was a bright purple smile that will be missed by many.

She is preceded in death by her father, James Sanborn; and grandparents, Louis and Pat Cooper, James and Hesta Bonner, and Lucille and Clifton Foster.