Tommy Lindsey Chavers, 57, passed away peacefully in his home Aug. 25, 2017, after a lengthy illness.

A memorial for him and his father, Walter, will be held together at a later date which will be announced. The family believes that they would both prefer this. 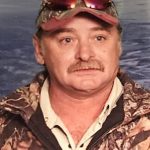 While he worked all over the United States for many years, he always considered Brewton his home.

He was an avid fisherman and hunter and was most happy when he was in the woods, or sitting in front of a pond. His pride and joy was the Alabama Crimson Tide, and he spent many a day cheering on his team. He was a simple man who had great love for anything in nature.

He will be remembered for his kind heart, quick wit, and the love that he carried for each member of his family.

He has two sisters, JoAnn Veuthey of Shreveport, La. and Cindy Andries of Alexandria, La.

He is survived by two sons, Thomas (Melissa) Lindsey Chavers Jr., and wife, Melissa of Edmond, Okla., and Lindsey Richard Hansen of Jamestown, N.D. He also had many nephews, one niece, and one granddaughter whom he loved dearly.

He would have told you that his best friend was his mother, whom he kept in constant contact with her even though they lived in different states.

He is preceded in death by his grandmother, Edna Mae Chavers, whom he had a special relationship with, we know that they are watching a dancing cork together somewhere in paradise now.

A special thank you to our family in Brewton that helped take care of him in his hour of need, especially his aunt, Rita Hinote, and Kathleen Chavers.

He was a very special person and will be remembered always. The family would like to thank everyone who was part of his life. Let us all raise a glass in his honor and for his remembrance.

There will be a memorial held for him and his son, Tommy, together at a later date. Arrangements are being made. The date will be announced in The Brewton Standard. 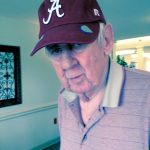 While he made his home in Pineville, La. for many years, his home and heart was always Brewton.

He was born at home on Foshee Road to Richard Lindsey Chavers and Edna Mae Chavers on Aug. 26, 1935. He celebrated his 82nd birthday last month. He will celebrate his next one with his mama and his son.

He retired from Fluor Daniels after many years of service. If there was ever a workingman, it was him. Many times, his work took him away from home; however, he did what he had to do to take care of his family. He taught his children moral standards that he certainly lived by himself. There was no gray area about “doing the right thing!”

He had a quick quirky since of humor and was so much fun to just hang out with. Other than family, he had two great loves – barbecuing and Alabama football.

He married a girl from Louisiana, Ceceile Chavers, so you can only imagine the rivalry once a year when the Tide played the Tigers. They were married for 58 years. She is left to remember the good days.

He was preceded in death by his son, Thomas Chavers of Brewton. He also had two daughters, JoAnn Veuthey of Shreveport, La., and Cindy Andries of Pineville, La.

He is preceded in death by two brothers, Billy Chavers and Frank Earl Chavers. He loved his only sister, Rita Hinote, whom will cherish his memory.

He was a wonderful grandfather to seven grandchildren. When informed of his death, one of the boys said, “He was the strongest man I ever knew!” Just recently, he became a great grandfather and had he lived, he would have spoiled her accordingly.

Funeral services were held at 11 a.m. Fri., Sept. 8, at the First United Methodist Church of Evergreen with the Rev. Wayne McMillan and the Rev. Bill Messer officiating. Interment followed in the Magnolia Cemetery next to his son William “Chip” Thomas Chapman III with Cope Keahey Funeral Home directing. 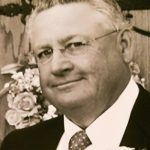 He was a loving husband, father, grandfather, brother and friend to many. He was an avid golfer. He practiced law in Evergreen and loved being surrounded by his friends on the Evergreen Country Club golf course. He loved the University of Alabama and loved anything to do with the Crimson Tide. He enjoyed spending time with his two grandsons, Grayson and Archer Chapman. In his younger years, he enjoyed many trips with family and friends.

He was preceded in death by his parents, William Richard and Maggie Rabren Chapman; and son, William (Chip) Thomas Chapman III.

Visitation will be held at London Baptist Church today, Sept. 13, from noon until service time at 1 p.m. The Rev. Nicholas Gandy will officiate. Interment will follow in the church cemetery with Craver’s Funeral Home directing.

She was born in Evergreen and had been a long time resident of Castleberry.  She was a homemaker and was a member of London Baptist Church.

She was preceded in death by her parents, John and Sallie Lassiter; husband, Lawrence Raines; a son, Ron Raines; and a daughter-in-law, Kay Raines.

She is survived by a son, Keith Alan Raines; brother, Al Lassiter, both of Mobile; three sisters, Margie Baggett of Atmore, Lois Baggett of Repton, and Janice Fazenbaker of Delray, Fla.; and one grandchild, Clarke Akins Raines.

In lieu of flowers, donations may be made to any local hospice in Alabama.

Funeral services were held on Fri., Sept. 8, at 2 p.m. from the chapel of Craver’s Funeral Home with Bro. Waylon Stuckey officiating. Interment followed in Cooper Cemetery.

He was born in Andalusia and had been a resident of Monroeville before moving to Castleberry.  He was a graduate of Excel High School and owned and operated Ricky’s Automotive in Monroeville for a number of years.

He was preceded in death by his parents, Homer and Eva Mae Blair Varner; brother, Kevin Varner; and sister, Kathy Crenshaw.