The Escambia County Sheriff’s Department has a large group of employees working in and around the county jail on St. Nicholas Avenue. Actually there are two departments in the building…the jail itself and the sheriff’s offices, although they share the same building.

Karen Taylor works in the sheriff’s office as a bookkeeper and although she wears a uniform, she is a civilian. 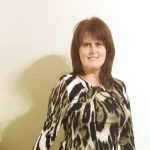 “It’s something different every day around the office,” Taylor said. “That makes it exciting, but I am not in the thick of things. My job is to be administrative support back-up.”

When she is not working in the sheriff’s office, she has taken another job – selling Avon products.

Monday nights are a bit different, though. That is the night she leads a group at Take Off Pounds Sensibly (TOPS) at D.W. McMillan Hospital. The group is small and they are looking for more members.

“We are basically there for support for the others in the group,” Taylor said. “We find that its easier to lose weight if you do it with friends. We meet to weigh in, discuss health topics and encourage each other. Anybody can join, and we would like to see our group grow. We only have eight members now and would welcome new faces.”

She said the group that shows up on Monday nights keep a watch on each other, and set their own goals.

“I don’t have much time for anything else, but I am trying to learn how to crochet,” she said. “I’m not very good, but I like to try. I also like to work on our home which we bought last year to renovate. I don’t have trouble finding things to do.”

Taylor was born in Navarre, Fla., and attended Milton High School, graduating in 1988. She  and her husband, Randy, married that December.

“Randy was from East Brewton, so we moved here,” she said. “I worked at several jobs including K-Mart until my son, Cryus, was born in 1993. Our other son, Michael, is 18.

“When Michael went to kindergarten, I looked around to see what I might do,” she added. “I heard there was an opening at the sheriff’s office. I applied and got the job in 2004, working first as part time and then full time in 2007 as the records clerk. The list of things I do varies but I am in purchasing and bookkeeping for the sheriff’s office.”

Her oldest son, Cyrus, went to college and found his calling in the world of computers, and now is in sales and repair in Monroeville.