Southern Halo to rock out at Porch Fest Saturday 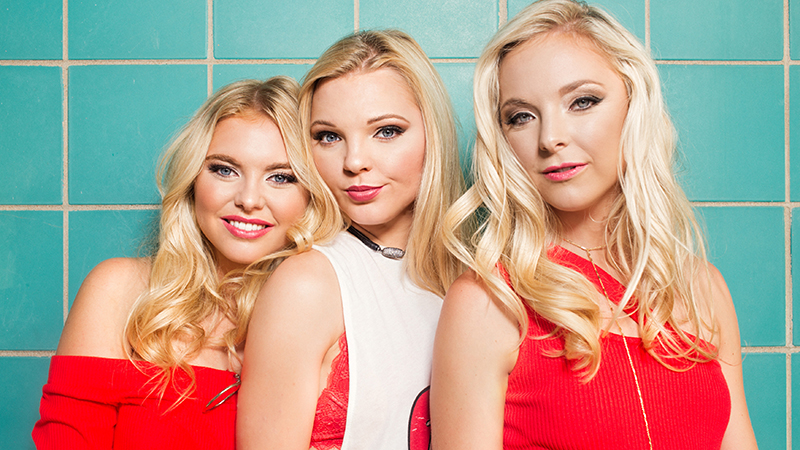 Up-and-coming star group Southern Halo is ready to rock out Brewton this Sat., Sept. 16 as the headliner of Porchfest.

Southern Halo– made up of the Morris sisters, Natalia, 20, Christina, 18, and Hannah, 17– is a band from Cleveland, Miss., a city in the Mississippi Delta that is not too far from the birthplace of Blues legend the late B.B. King.

Natalia Morris said it’s the musical history of the Delta that has had a profound influence on the trio finding their love for music.

“We just grew up with so many amazing and inspirational Blues singers and songwriters surrounding us that we just wanted to grow up and play music too,” Natalia said. “We each learned an instrument that suited our personalities. It actually took the baby, Hannah, to realize we should put all the instruments together and make our own band. We just played around town when we were babies and we’ve just been doing it ever since. We never wanted to stop. We just love it.”

The group had its first gig in 2009 playing at a little restaurant in Mississippi called Airport Groceries for friends and family.

Since then the group has opened for acts like Brantley Gilbert, Randy Houser and B.B. King. In 2015, Southern Halo released its first album, the self-titled, Southern Halo, to national and international acclaim. Hit singles “Little White Dress,” “Rewind,” and “Living Like That” have grown particularly popular across the world in the United Kingdom. The group made their first trip to the UK in March. They’ll return again for a third time in October to perform at the British Country Music Association Awards.

Meanwhile the city of Brewton can look forward to a fun show with lots of energy.

“Even if we do a cover of a song it’s always a Southern Halo original cover,” Natalia said.  “We just love getting in the band room and trying out new things to see what we can do to make it a little different. All our shows are fun. We just can’t wait to get to Brewton and rock out.”

Porchfest will feature more than 20 live acts throughout Saturday night from 4-9 p.m. on Belleville Avenue. The concept is to offer a night of community and celebration by bringing live music to the porches of more than 12 homes.

To listen to Southern Halo, visit iTunes, Amazon or Spotify.