Memorial services were held on Thurs., Oct. 5, at 11 a.m. at the First Presbyterian Church of Brewton with Pastor Parker Johnson officiating.

Alma Inez Robinson Prestwood Davis, of Pensacola, Fla., went to be with her Lord on Oct. 10, 2017, after a full and rich 95 years in this life with her family.

She was born on May 3, 1922, in Goodway, to Elophus Walter and Alma Castillow Robinson, and she was the second-oldest daughter of nine children.

She was a longtime resident of McCullough and Atmore, and she enjoyed her final 18 years in Pensacola, in the home of her daughter and son-in-law, Marcia and Charles Thompson.

First as Mrs. Prestwood and later as Mrs. Davis, Inez devoted her life, with love, to her family. She wore many hats with grace and beauty.

She was gifted with an extraordinary ability to gather her family for occasions both happy and sad, and bringing them together brought her great joy.

She opened her home and heart constantly. She never gathered her family without preparing a feast, which nourished bodies and souls alike.

She supported her family with a multitude of professional talents, working as a banker, merchant, farmer, cotton ginner and bookkeeper at different points in her life, and she treasured these talents (even subscribing to farming magazines until her death).

She worked hard, smart and often, and she taught her children and grandchildren the great value of good work done with a great attitude.

She simultaneously modeled the importance of both knowing one’s roots and broadening one’s horizons – she read often and traveled when her life called upon her to do so. Her life’s experiences cultivated a natural wisdom and strength of spirit, which she shared generously.

She was always composed and totally unflappable, regardless whether the challenge was a bank robber with a gun or a toaster an unwitting grandchild inadvertently exploded.

She had endless stories of wit, encouragement, and laughter. She used all of her gifts every day, to the great benefit of those around her.

In lieu of flowers, the family requests that contributions be made to the McCullough Cemetery in memory of Inez Prestwood Davis.

The family expresses its heartfelt appreciation to all NurseSpring staff, particularly caregivers Pauline Drakeford and Terrie Duke; and all Emerald Coast Hospice staff, for their excellent care in recent years.

Inez attributed her many blessings to her Maker, and as the time approached for her to meet Him she said with great peace and comfort that she was ready for the occasion.

Paxton C. “Brother” Winchester, 64, of Winchester Lane passed away Tues, Oct. 10, 2017,at his residence after a brief illness.

He was a native and life long resident of Brewton. He was a 1971 graduate of W.S. Neal High School, a U.S. Airforce veteran, and a retired pipe fitter from the construction industry. He enjoyed fishing and was an avid Alabama fan.

He was preceded in death by his father, Leo Winchester; his brother, Al Winchester; and grandson, Brynat McCall.

Janice Charlene Michael Watson was born into the union of Cleatos William Michael and Mattie Lou Cole during the height of World War 2 on June 14, 1944.

She was blessed with a wonderful man she called “Dad,” Edward Bernard Smathers, who taught her life’s lessons. True to the time of her birth was her death during the predawn of Oct. 15, 2017.  She was a warrior who lived and died on her own terms, not willing to be dictated to nor controlled. 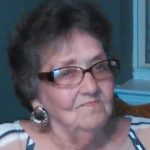 She was a great cook and an avid gardener.  She enjoyed playing Bingo, silent auctions, hunting for unique items at thrift stores, yard sales, and flea markets.

She volunteered at the Red Cross and the VFW for many years. She was a social butterfly who loved all of her friends very much.

Services will begin at 10 a.m. Please join our family in celebrating their lives. Should you have any questions you may reach the family at 318-780-1749. 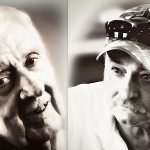