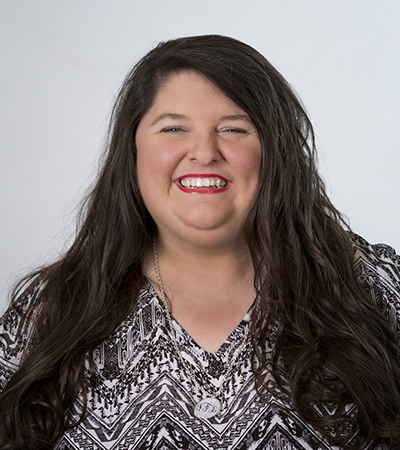 Jessica Fountain is a nurse who teaches people how to live with diabetes. Lyida Grimes I The Brewton Standard

Diabetes is a growing epidemic in our nation, with more than 30 million people (children and adults) being affected. According to statistics by the American Diabetes Association, that means that one in 11 Americans are suffering from diabetes and it is the seventh leading cause of death in America.

Jessica Fountain, who lives in Brewton, is a nurse who graduated from Jacksonville State University in Jacksonville. She has worked in hospice care and with children in hospital settings to teach them how to live with diabetes.

“I have seen first-hand what diabetes can do to people,” Fountain said. “It affects all ages and there is still so much that is not known, but age and economics are no barriers.

“What we eat is very important and keeping records of our blood sugar on a regular basis can make a big difference in our treatment of the disease,” she added.

Diabetes touches the lives of all races, but African Americans and Hispanics are more than 50 percent more likely to be affected than non-Hispanic whites. The total cost of diabetes and pre-diabetes in the United States is reaching above $322 billion. Those diagnosed have a much higher risk of stroke, blindness, kidney disease, heart disease and loss of toes, feet or legs.

“I want to be able to give back to my community and help get this information out to the general public,” Fountain added. “Jobs are not hard to find if you are a nurse, but there is not a place in our county and surrounding counties that someone can go for day to day information about diabetes. D.W. McMillian offers classes as often as they can to get that information out and doctors try to inform the patients, but their time is limited. I would like to help those who still do not understand what all they need to know to control the disease.”

Fountain was born and raised in Tuscaloosa and and got her degree in nursing in 2005 from Jacksonville State in Jacksonville. She met her husband, James Fountain of Brewton, while they were both working at a chicken restaurant in Tuscaloosa. They moved to Brewton in 2005 and lived here from 2005-2008 and she worked at Comfort Care Hospice.

“This was the most challenging job I ever had,” she said. “We were in Birmingham for a while and there was an opening in the Children’s Hospital. They had an opening in the clinic side with an opportunity to train in diabetes education.

“I love teaching and I love nursing. I cared for the patients but was able to teach them at the same time. I worked with children who had diabetes, from 2009 to 2014 when we returned to live in Brewton. I wanted to work at home and was able to get a job by a Texas company that let me do that and do diabetes education over the phone. It has really worked out well, but I would love it if I could work with local groups to get the information out. The problem is that there is no money allocated. I have been able to work out a deal with the health department for some training. The next class is supposed to be sometime in January. The time will be announced.”

Every 21 seconds someone is diagnosed with diabetes. There are 84 million Americans who have pre-diabetes and don’t even know it and are at risk for developing type 2 diabetes and 90 percent of them don’t even know they have it. The cost of treating the disease nearly tripled between 2003 and 1013.  Health care costs run 2.3 times greater for patients who have diabetes than those who do not.

“I would like to be able to help spread the word about diabetes,” she said. “The sooner one knows they have it, the sooner they can be treated. There is no cure, yet, for diabetes, but hopefully with more research and better care, the figures can be turned around. I feel as if I have a lot of information and I would like to share it with those who are in need.”