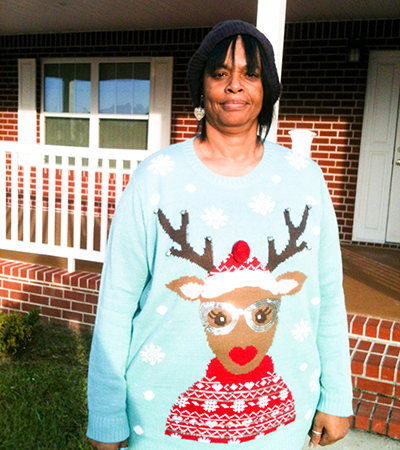 Patricia Gantt has been working at the school for 24 of those years and plans on retiring there some day.

“We are a non-profit organization for the middle class children,” she said. “It is all about the children who benefit from the school.”

The whole idea of the school came about in 1967 by Mary Ann McMillan, who believed that there was a need for good care and learning of preschoolers whose mothers had to work. Working with Southern Normal School, she continued working with the program until 1972 when she felt she was needed at her own home and turned the teaching at the school over to volunteers.

This arrangement continued until Southern Normal School was sold in the early 1900s. Up until this time the school was supported by the school, but now volunteers found themselves having to raise the funds and survive on their own.

The school is named after Margorie Rottschafer who was with the Reformed Church, a big supporter of the school. After the death of her husband, she volunteered with both her time and finances and the school was named after her in the early 1990s.

Another faithful volunteer is Florence Rowser who had been a teacher at Southern Normal. She continues to be a major part of the pre-school to this day. She devotes many hours to the program.

The school has 26 students enrolled, three teachers and a new building located on Kirkland Road.

“I have been here for 24 years,” said Gantt. “I started when we were in the old building in front of the Southern Normal School. It is so much nicer since we moved into the new school. We have more room and a good place for the children to play outside.”

A more experienced person to fill the seat of management would be hard to find than Patricia Gantt. She not only has worked all these years, she has raised two children of her own and raised her sisters’ children and even one of her grandchildren. If experience counts, she qualifies for her job.

Gantt was born and raised in Damascus and attended school at W.S. Neal High School. She dropped out of high school but obtained her GED and enrolled in Ed Reid to earn her childcare diploma.

She worked at West Gate Village in food service. She married Kearnest Gantt in 1984 and gave birth to her first son, Kearnest, Jr. in 1985. She was a stay-at-home wife and mother for a while. Her family grew when her sister was killed in an automobile accident, leaving four children, Earl Elliott, Lora Lane, Alicia Lane. (who has a son), and Rebecca Lane.  She and her husband adopted the children and she gave birth to her second son, Brandon in 1987. She took in her nephew, Donell Elliott, and a grandchild, Johnathan Gantt that we have adopted, and she was now mother to seven children.

“I quit working for about a year before coming here to Rottschafer,” she added. “I heard they needed help and I came to work as a volunteer. Florence Rowser hired me in 1992 as an aide and I moved up from there.”

She must be doing something right. Not only does her relatives trust her with their children, she is still caring for other children who need her expertise.