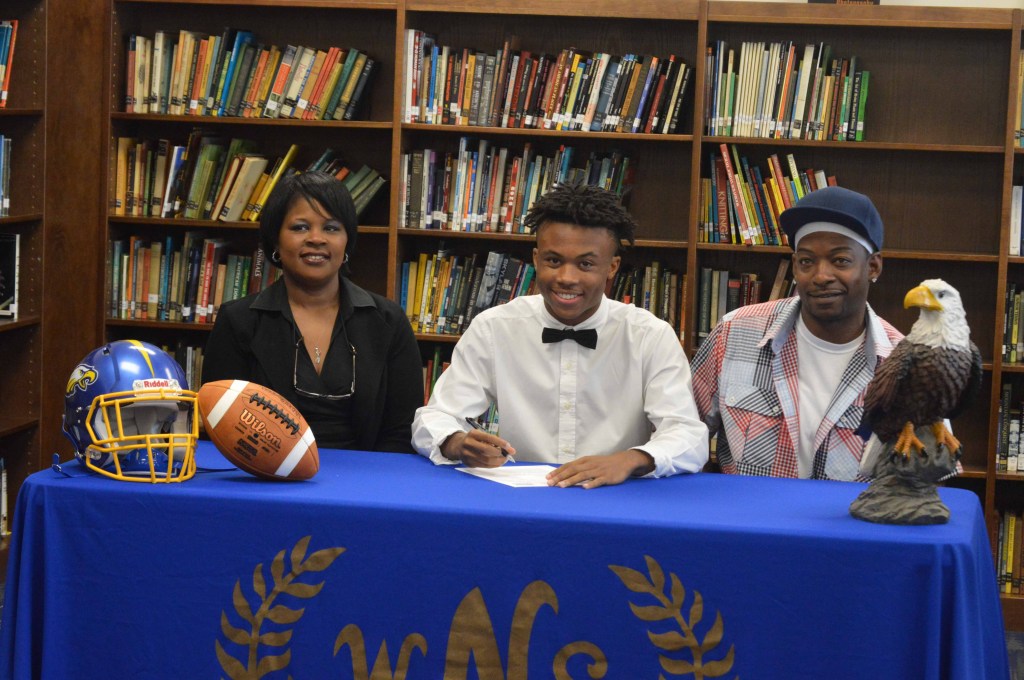 Maddox is a senior at W.S. Neal and is prepared to take his game to a higher level.

“I am very excited for this journey and just enjoy playing the game of football,” he said. “A big thank you to God, my mother, my father and my coaches.”

“This is a very special goal in life and I’m glad I was able to achieve it,” he said. “Even though people was telling me I wouldn’t make it, but I made it.”

Maddox said he and head coach Andro Williams had a good relationship. “I always knew he was a good man, a great coach, and he was going to be good here at W.S. Neal High School,” he said.

“I am happy for him to move on to the next level after being here at W.S. Neal,” said coach Andro Williams.” He is a quiet guy, when time to turning the lights and playing on the field he took care of business.”

“Even in the classroom scoring a 19 on the ACT and having a 3.1 GPA,” William said. “Allen University will be getting a jewel because, he will take care of his business on and off the field.”

“Marvin is a guy where opposing teams would have to have control of. On kickoffs teams will have to deal with him, because he is just an explosive player,” said Williams.

Williams said, Maddox has done a good job in WSN’s program. “Hopefully he learned something new with his first year with me as his coach,” said Williams.” I admired him, because he took care of his business. It’s where you go from here not about right now it’s about moving forward. I’m happy he gets an opportunity to move on.

Marvin was more of a game type player than a practice player, Williams said. “We got more out of him in his games. He got better as practices went on and it will help him be prepared in a college practice, said Williams. He always came on Fridays ready to play.