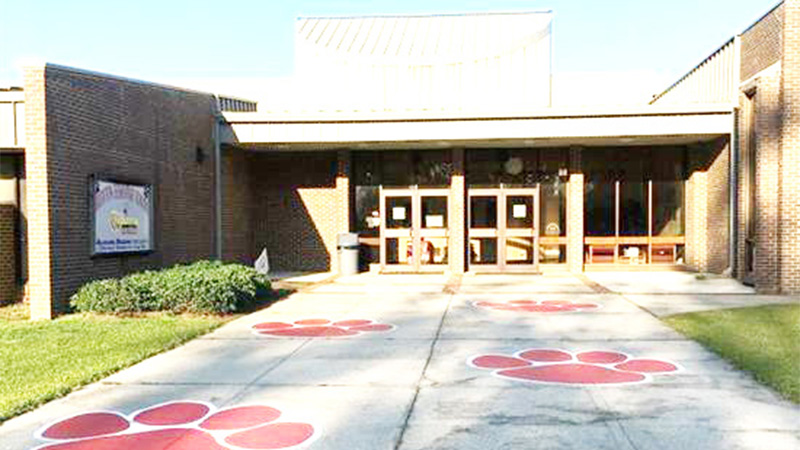 Brewton Elementary School was placed on a soft lockdown Wednesday afternoon after a student reported seeing a possible gun in a vehicle driving on W. Jackson Street near the playground.
Brewton Police report that responding officers were unable to make contact with any vehicle matching the description provided anywhere near the elementary school but maintained extra patrol near the campus throughout the school day.
In a statement from BPD, the department said precautionary measures were taken by the school after the report was made.
“At no time were any threats made toward any student or the school itself,” the statement said. “At this time, there is no reason to believe that there is any threat to the safety of the students or staff at Brewton Elementary School.”
Brewton City Schools Superintendent Dr. Kenneth Varner said that he has a high level of confidence in the administration.
“We have that in our administration and the police force,” he said. “I am pleased with our response.”
Students were kept inside in the wake of the incident.
Some parents were concerned over not being notified.
Several contacted The Brewton Standard staff upset about not being notified by the school system, and several comments on social media made by parents and community members about the non-notification.
“I’m wanting to know why parents aren’t called for these kind of safety issues,” said parent, Shenia Langham, who contacted the paper. “This is the second soft lockdown that I found out about on Facebook but the principal can call me when there’s a fundraiser. I want answers.”
Brewton Elementary School Principal Anne Lambert commented social media via BPD that, “when it was reported, we brought the children in and called the police. We then wound the cameras back hoping to find a picture of the car. Then, it was time for dismissal. There was no attempt to keep any secrets from the parents. However, I also did not want to cause panic during dismissal because that would have increased danger. We simply wanted to get the children home safely and let the police handle the rest. They were wonderful. They responded the right way. And the staff at BES is so good at organizing quickly when there is a concern.”
On Thursday afternoon, parents received a letter from Lambert.
In the letter Lambert outlined that children told staff members that they had seen a car diving by the playground on the library side and that a man driving had a gun.
“Some children said that he was driving an older green Honda Civic and others said he also changed cars and driven by in a red sports car. The teachers immediately brought all of the children from the playground,” she said. “I called the police and they sent an officer to walk the campus and, later, an investigator to collect information. They immediately, of course, began looking for the car or cars, which had disappeared down Highway 31.”
Lambert said they were cautious at dismissal.
“We never saw them again,” she said. “The police have a picture of a red sports car that drove by at the time, but we have been unable to find the green Honda Civic on camera.”
Lambert said in her letter that there were multiple comments on Facebook about the incident and she wanted to dispel some of the most serious rumors.
“The car drove past. No one got out of the car with a gun,” she said. “No one shot a gun. The children believe they saw a gun, but no one can really describe it. We took every precaution to protect the children and they all got home safely. I am a mother and a grandmother myself so I understand your fear. I take the trust you have placed in me very seriously. I also appreciate your support.”