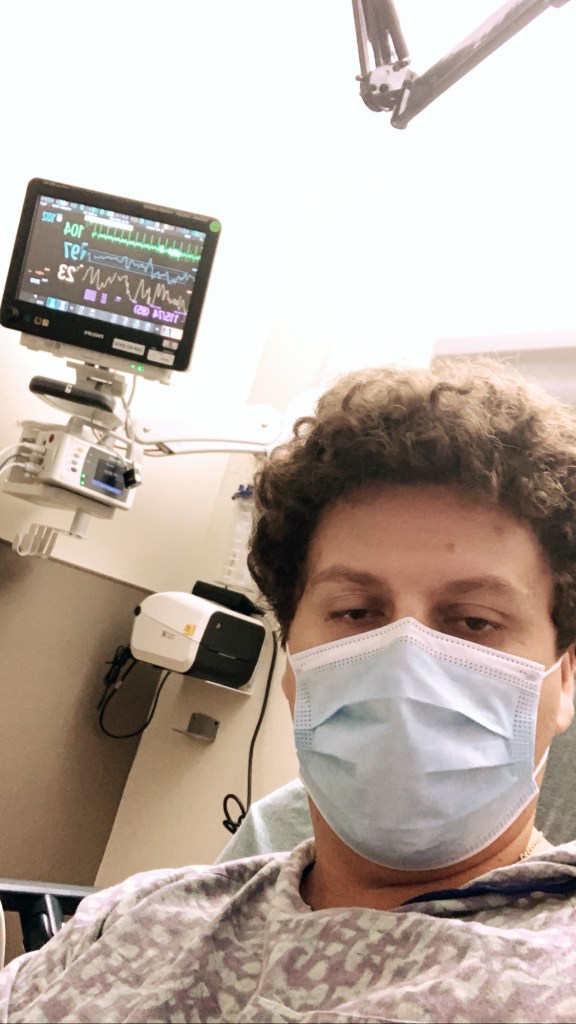 Above, Troy Hart is pictured while battling COVID-19 in the hospital in Pensacola. On the other side of the illness, Hart is encouraging his peers to wear masks and take precautions. Submitted photo