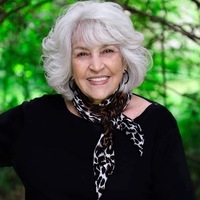 Rose Frogene Normand, 81 years of age, entered into her eternal rest on July 2, 2020. Ms Normand was born April 24, 1939 in Bendale, Mississippi to her parents E. W. and Estelle Normand. Ms. Normand grew up in Wildfork, Alabama on the family farm. She attended A.D. Kelly Jr. High School in Wallace, Alabama before transferring to W.S. Neal in East Brewton, Alabama where she graduated High School in 1957. Frogene was very popular among her peers. She belonged to many school organizations, was a band majorette, and was voted Most Attractive by her classmates.

Married to William Lee Golden in 1957, she lived in Dixonville, Florida, while her three sons were born. In 1965 she moved to Nashville, Tennessee to live and raise her family. Ms. Normand’s professional life was spent working in the business of banking and finance. After raising her boys, she married Leon Bruton in 1982 and made homes in Tennessee, Kentucky, and Georgia. As her family grew, she became the loving and devoted “GG” to her grandchildren, eventually settling back in her hometown of Brewton, Alabama

Frogene was known for her beautiful smile, her magnetic personality, and her love of her Lord and Savior, Jesus Christ. Anyone who knew Frogene understood her love of family and faith. She was a beloved mother, loving sister, and faithful friend

Visitation will be held Monday afternoon July 6, 2020 from 1:00 until 2:00 P.M. at the Brewton First Baptist Church Brewton, Alabama.