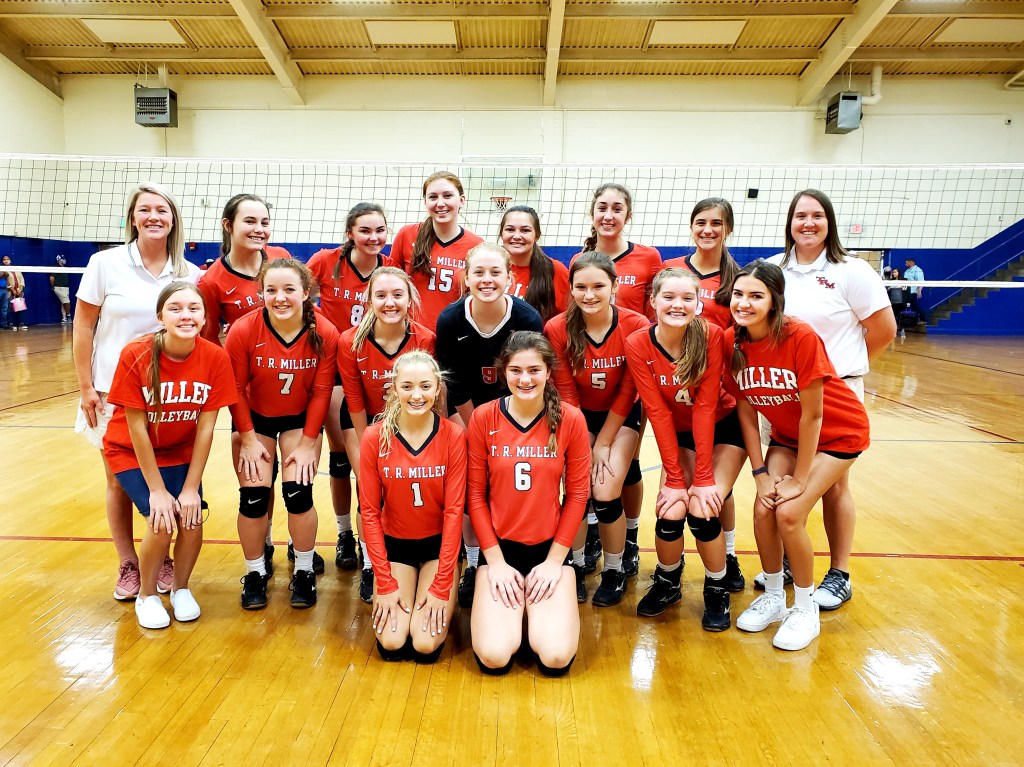 Winning the title of champion in the Escambia County Volleyball Tournament has become a tradition for the T.R. Miller Lady Tiger volley ball team as they bring home the title again for 2020.

In the tourney, the Lady Tigers defeated Flomaton 2-0 with scores of 25-16 and 25-15. The team also defeated W.S. Neal High School and Escambia County High School during the tourney.

Defeating the other teams competing in the tournament put the Tigers in the champsionship position for the 16th year in a row.

In addition to winning championships, the team is also known for its compassion and public involvement by playing games as fundraising events.

On Thursday, the Lady Tigers made their game a fundraising event to support Side Out Foundation in support of breast cancer awareness.

The event raised over $3,000 for Side Out through donations and sales of t-shirts, according to Terry Lynn Thompson, coach for the team.

“My parents and players always do a great job with this event,” Thompson said. “We all know someone who has been affected by breast cancer, and I think that’s why it means so much to us.”

Thompson said since the team began playing benefit events for Side Out Foundation, $10,400 has been gifted to the orgaqnization in the last five years.

In play, Sara Scott had four aces and 12 kills; Jennings Ruzic had 13 kills and MacKenzie hoomes had to aces ad 33 assists.