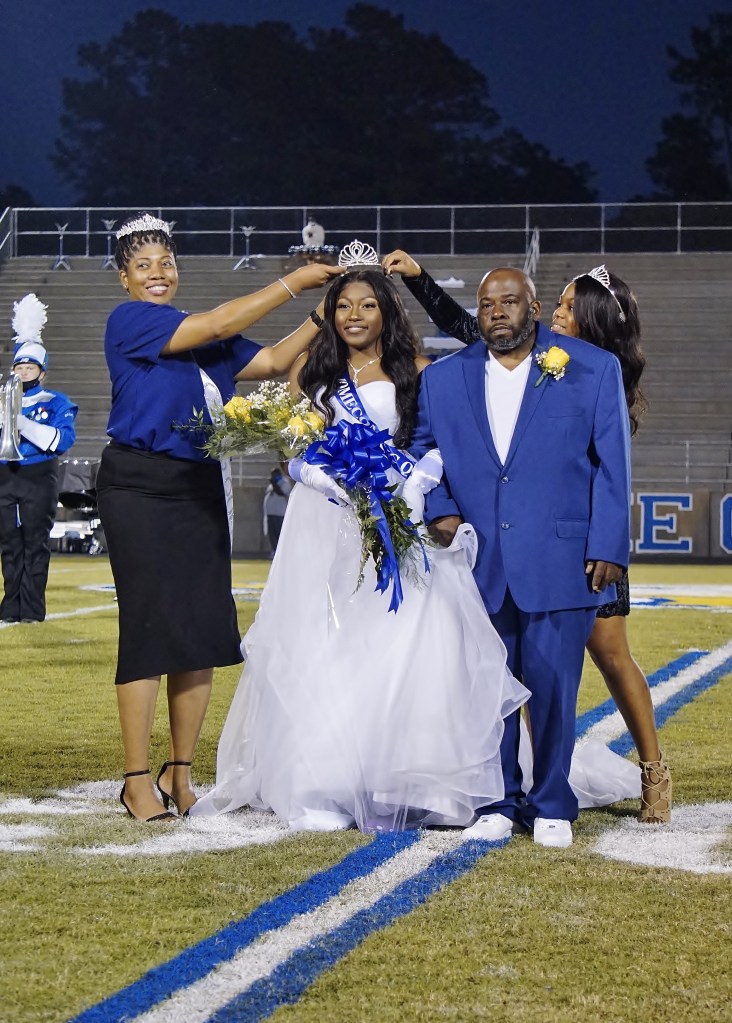 The crowning of the 2020 Homecoming Queen for W.S. Neal High School wasn’t the typical affair Friday night in East Brewton.

Ziah Watson was named queen for the homecoming festivities and was escorted to the formal crowning ceremony by her father, Trini Watson.

The 1990 W.S. Neal Homecoming Queen Monica Watson made a trip from New York to make sure she was on hand to help crown her niece as the 2020 Queen.

Monica Watson holds some distinction among the alumni of W.S. Neal High School.

According to officials at the school, Monica was the first black homecoming queen for the school. Coupled with the fact that it was Monica’s reunion year, the trip back to East Brewton only seemed fitting.

Monica was on hand wearing her own tiara from her days as homecoming queen to crown her niece as the reining queen for the student body of W.S. Neal High School.