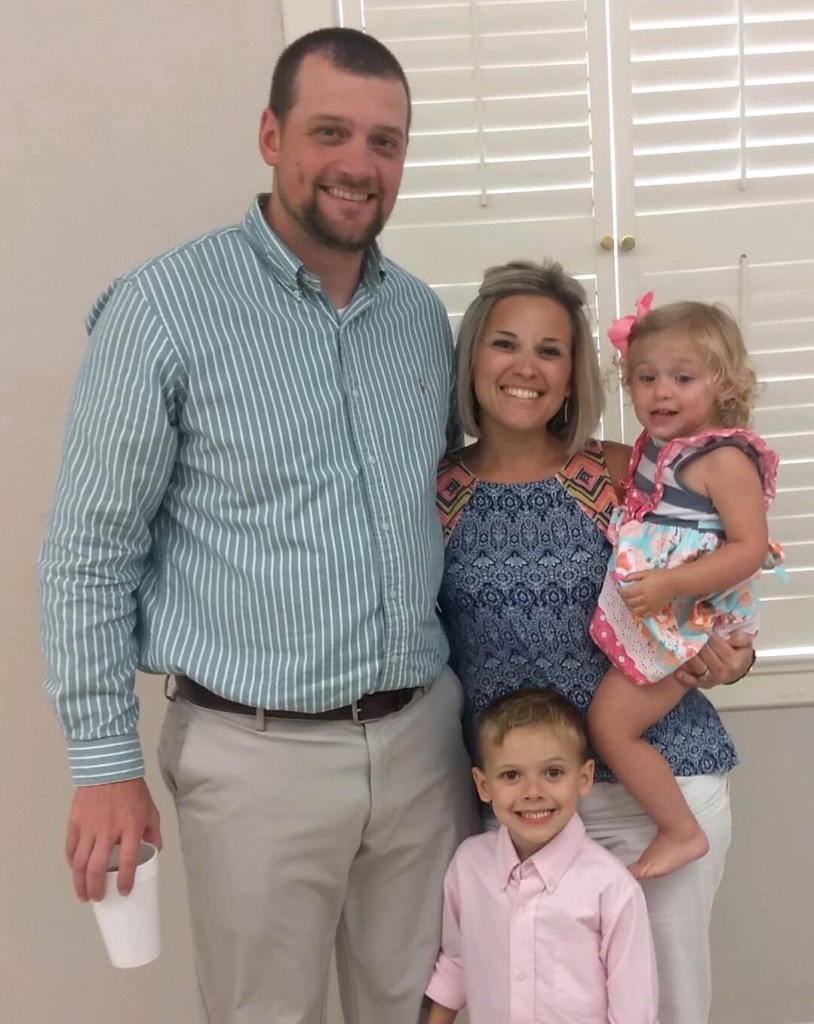 Children of the World adoption agency know that many of the children available for adoption in foreign countries have mild to severe special needs and are considered not adoptable in their native homeland. Americans are welcoming children into homes through international adoption more than any other nation. The Luker family is now among numerous families who are adopting from India.

The family’s journey in deciding to adopt was not an easy route. In fact, T. R. Millers Defensive Coordinator Drew Luker and his wife Brook Luker came to the decision at separate times and over an extended period of time.

“It’s funny because God put adoption on my heart before my husbands,” Brook Luker said. “There was a couple in our church that was going through that process, and I just became fascinated. I started doing research, looking into agencies, and printing out several papers to build this big folder. I was preparing to go to Drew, and I was so excited because I just knew he was going to say yes.”

When Drew Luker had refused the idea Brook Luker had respected his decision and set her file to the side. Although she did not mention it aloud a second time, Brook Luker didn’t give up. She often prayed to one day be able to adopt a child.

“I began to pray really hard,” Brook Looker said. “‘Lord if this is something you want for us, then change his heart,’” she would pray. “If it was what the Lord wanted for us, Drew would bring it up to me.”

After the birth of their first child, the family began to take walks together. Brook had not brought up the subject of adoption to Drew since their first discussion.

“One day, out of nowhere Drew looks at me and says, ‘I think God’s calling us to adopt, Brook,’” Brook said. “From that day on, we talked about agencies and decided on Children Of The World in Fairhope.”

The family’s plan was to originally adopt from the states. When the agent they had been paired with showed them the international programs, their plans changed.

“To make a long story short, we fell in love with what the agency showed us,” Drew Luker said. “We talked and prayed about it a lot when we got home and decided on the India program.”

Children Of The World in Fairhope, Alabama has been working with India Central Authority on placing children with families for over 20 years. The approximate cost of a child is $30,000. There is an extensive legal process to get the child to become a U. S. citizen. There is also a single two-week long trip to the country to receive the child.

As of right now, the family is waiting to be matched with a boy who is one to two years of age. Brook Luker said that their extended family and church have been showing an outpour of love and support through several fundraisers. One of the fundraisers raised $6,ooo.

The child, even though he has yet to be united with the family, has already been making a large impact. Drew Luker said that the child is going to be called by his middle name: Dax. Brook Luker said that his first name is most likely going to stay as his given Indian one depending on its meaning.

The Luker family has been going through the extensive adoption process since before they had their eldest child, who is now four years old. The Luker family currently has two biological children.

“Since this adoption process began, Dax feels like a huge part that’s missing from us,” Brook Luker said. “On Christmas morning, everyone was opening gifts, and as I was sitting there, I couldn’t help but tear up knowing Dax wasn’t with us. I know he will bring so much joy and life to our family.”

The two children are both excited to have a new sibling. Their son is old enough to grasp that his brother will be from a different country, although their daughter is a little too young to understand at just two years old.

“I believe, as far as family dynamics, our boy being welcomed and loved is going to be easy,” Drew Luker said.

Drew and Brook Luker said that there is a variety of emotions that the family is going through at the moment, with things to look forward to, as well as fear for the future. Although, the family assures that it is nothing that they can’t handle.

Drew Luker said the trip to India itself will be a great deal on them, as it’ll take two weeks, and they will have to leave their other two children in the states with their grandparents. The couple said waiting to be matched is nerve racking but exciting because they know the call is going to come in at any time.

The parents’ biggest concern is the mourning process the child is going to experience in during the transition home. Drew Luker said the orphanage is the only home that the child has ever known. They said they are also nervous about their first moments with the child.

“It’s a grieving process leaving the orphanage, then having to establish familial bonds,” Brook Luker said. “Knowing how hard it’s going to be on him is going to tear me apart. But I know that this is in God’s hands. He’s preparing Daxs’ heart as well as our own. We know we’ll be ready when the time comes because this is what God is calling us to do.”