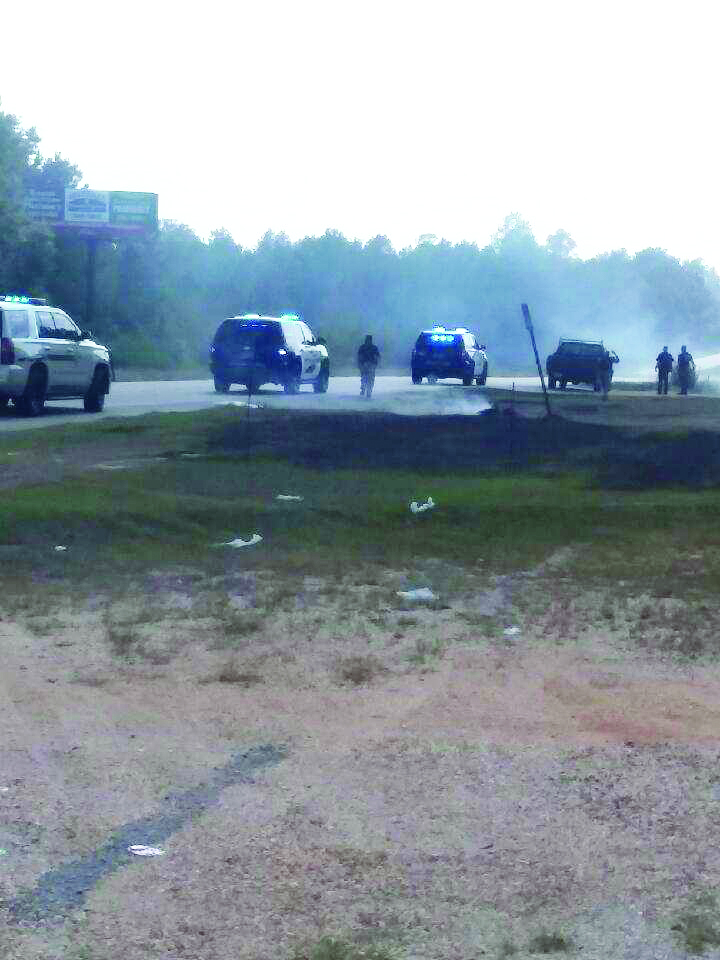 According to the Escambia County Sheriff’s Office officials, the fire first started off in a ditch, but spread out 2 miles long.

The fire did get close to a trailer park, but no houses were touched, according to the officials.

Recently, the AFC upgraded the recent Fire Danger Advisory to a statewide Fire Alert because of drought conditions. While under a Fire Alert, permits for outdoor burning will be restricted and issued on an individual basis at the discretion of the State Forester. Anyone who burns a field, grassland, or woodland without a burn permit may be subject to prosecution for committing a Class B misdemeanor.

This burning restriction is being issued because of the current drought situation, continued lack of precipitation, and high probability of fuel ignition. With this extremely dry weather, conditions are such that any fire can quickly spread out of control, not only resulting in damage to our forests but also threatening lives and destroying property. Over the last week, AFC wildland firefighters have responded to 182 wildfires across Alabama, burning approximately 2,608 acres. These numbers include a 470-acre fire in Talladega County, one for 391 acres in DeKalb County, and several which were over 100 acres, but they do not reflect the numerous fires suppressed by volunteer fire departments (VFDs) across the state. The local VFDs are great partners to the AFC in times of high fire occurrence.

This Fire Alert will remain in effect until rescinded by the State Forester, at which time conditions will have changed sufficiently to reduce the occurrence and frequency of wildfires. To report a wildfire, call the Alabama Forestry Commission at (800) 392-5679. For more information on the current wildfire situation in the state or any other forestry-related issues, contact your local AFC office or visit the agency website at www.forestry.alabama.gov/Pages/Fire/Totals.aspx. The Alabama Forestry Commission is the state agency committed to protecting Alabama’s invaluable forest assets as well as its citizens.