COVID-19 and your pets: how to care for fur babies 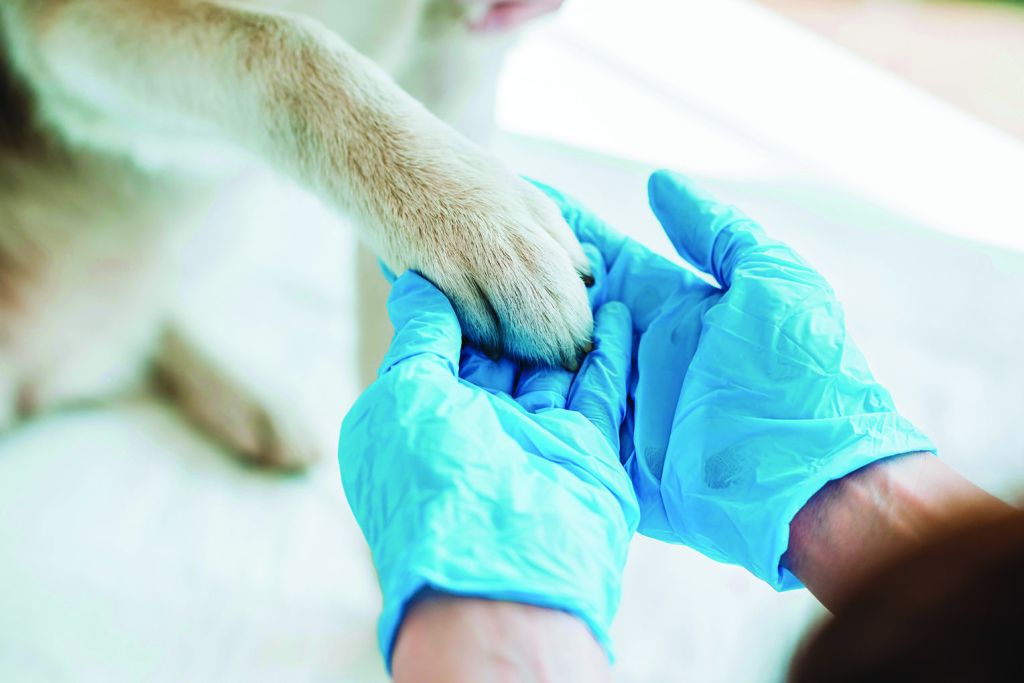 Because it is not fully known how the virus will affect animals and different species, the CDC does reccommend to avoid pets as well as family members if an individual were to contract the virus.. File photo

A positive COVID-19 test result in a Bronx Zoo tiger may be putting some people ill at ease when it comes to pets. But, according to state veterinarian Dr. Tony Fraizer with the Alabama Department of Agriculture and Industries, that feeling may be unwarranted.

“In talking about this with my counterparts at the USDA, we are now thinking that this virus can replicate in some animals, but that is limited right now to cats and ferrets. So far, the tiger at the New York Zoo is the only case in the United States except for a dog in Texas. Although the animal did show some mild signs of the virus, it is now fully recovering.  It’s not that other animals can’t get the virus, it’s just that they can’t replicate it and give it back to humans.”

Frazier said the zoo where the infected animal has been confirmed had been closed for a few weeks.

“That zoo has been closed to the public since mid-March,” Frazier said. “Because of that, it’s believed that the infection was transmitted to the animal from a handler at the facility. Animals get it from humans that are shedding the virus. The animals can replicate the virus but there is no evidence to show that they can give it back to humans. Since there were other animals in the exhibit, there may be others that are showing some mild symptoms, but still, it would have started from human contact.”

Fraizer, who owned and operated his own veterinary clinic in Brewton before joining the state authority, said that family pets are not likely to get the virus unless someone in the home tests positive for COVID-19.

Frazier said the symptoms for animals that get the virus are much like the symptoms seen in humans with the infections.

“Upper respiratory issues would be a sign that there may be a problem,” Frazier said. There would also be a fever in infected cats but most people would notice any changes. The animal may seem to be feeling a little off or a little depressed and may even have a cough. This virus is not dramatic in its signs. And, just keep in mind, every cat with a respiratory problem doesn’t need to be tested.”

“Right now, we are only looking at testing an animal if a human in the home is positively tested and is confirmed to have COVID-19,” Frazier said. “At that time testing would be considered but it would be a collaborative decision of my office and the Alabama Department of Public Health. We plan to limit what we do so that we can do our part to make sure that supplies for testing humans are taken care of. At this time, there is no evidence that animals, whether they are exposed and potentially positive, can even shed that back to humans. If that should change, then the question of testing more animals would be looked at closely.”

As far as the progression of the virus and its impacts to humans and animals, Frazier said the current idea of social distancing is really the best move for everyone.

“Staying at least six feet away from one another is the best thing to do right now,” Frazier said. “That distance from anyone who might be infected is enough to keep you safe. That’s true for most viruses including the flu. We have 30,000 people die from the flu every year and if people would just keep that six-foot rule in place during the flu season, we’d probably see fewer deaths. I hope that we start to see a decline in the numbers in the coming week or so.”

Fraizer said that although it is highly unlikely that Escambia County would see any pets come down with the virus; there is always that slim chance that it could happen.

“There have only been two cases of the virus confirmed in Escambia County in humans,” Frazier said. “If the rest of the county residents who have cats keep their distance from those cases, there shouldn’t be any problems for humans or pets to get the virus.”

Anyone who believes their pet may be infected with the virus should contact their family veterinarians to begin the assessment process.