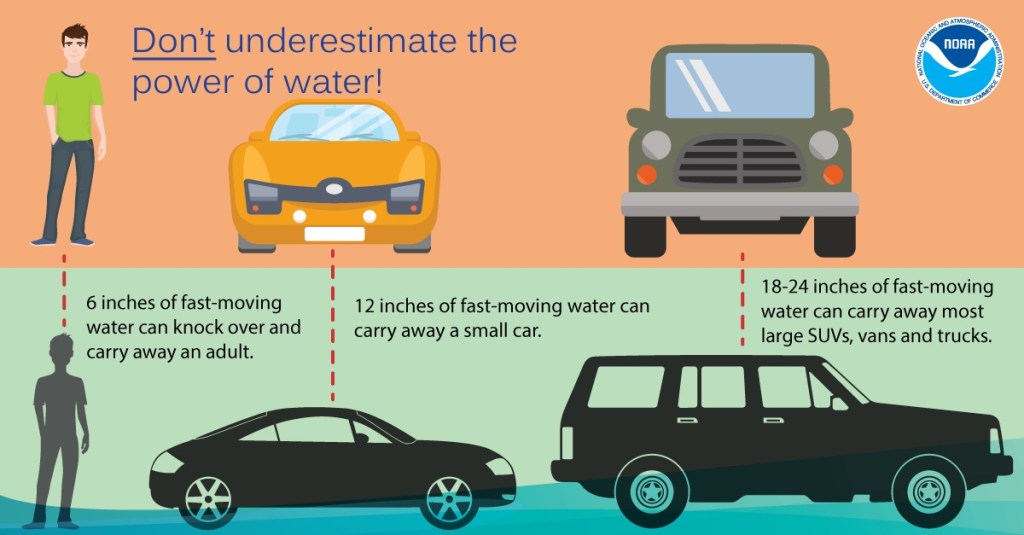 Above, establishing an evacuation route can be the most important step in organizing before a storm.

While hurricanes pose the greatest threat to life and property, tropical storms and depression also can be devastating. The primary hazards from tropical cyclones (which include tropical depressions, tropical storms, and hurricanes) are storm surge flooding, inland flooding from heavy rains, destructive winds, tornadoes, and high surf and rip currents.
•Storm surge is the abnormal rise of water generated by a storm’s winds. This hazard is historically the leading cause of hurricane related deaths in the United States. Storm surge and large battering waves can result in large loss of life and cause massive destruction along the coast.
•Storm surge can travel several miles inland, especially along bays, rivers, and estuaries.
•Flooding from heavy rains is the second leading cause of fatalities from landfalling tropical cyclones. Widespread torrential rains associated with these storms often cause flooding hundreds of miles inland. This flooding can persist for several days after a storm has dissipated.
•Winds from a hurricane can destroy buildings and manufactured homes. Signs, roofing material, and other items left outside can become flying missiles during hurricanes.
•Tornadoes can accompany landfalling tropical cyclones. These tornadoes typically occur in rain bands well away from the center of the storm.
•Dangerous waves produced by a tropical cyclone’s strong winds can pose a significant hazard to coastal residents and mariners. These waves can cause deadly rip currents, significant beach erosion, and damage to structures along the coastline, even when the storm is more than a 1,000 miles offshore.